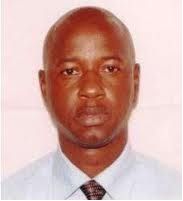 The Acting SLMA boss was interviewed on his track record, personal details which include his asset, wealth, etc., as well as educational qualification but his response proved his suitability   for the job and having the requisite qualification.

Alhaji Wurroh Jalloh displayed and demonstrated his professional expertise as having the requisite qualification to man the affairs of Maritime Administration.

The Acting Executive Director who was recently promoted by President Koroma to serve in the capacity as Executive Director proved himself well during the parliamentary vetting to the admiration of MPs who are so far convinced that   and satisfied that he is the right man in the right place.

The  SLMA Acting Executive Director  responded to the questions with confidence and with professional backing .

Sierra Leone People’s Party (SLPP)  Whip , Hon. Tamba Koedoyoma in his comments expressed satisfaction after going through the nominee’s curriculum vitae stating ‘I have no question for him because from what I  have read about the nominee I believe he has the requisite qualification to head the Maritime Administration.”

Majority Leader, Hon. Sheku B. B. Dumbuya expressed appreciation at the nominee’s response stating that indeed President Koroma made no mistake in appointing him. He encouraged the nominee to keep on with the good work since he is the fittest candidate for the position stating that as young as he is, he was happy to see people of such caliber with requisite qualification placed in their rightful positions.

Minority Leader, Hon. Dr. Bernadette Lahai a pragmatist on issues commended the nominee but however expressed concern on which far  Sierra Leone has gone to  ratify the African Charter on Maritime Transport.

Deputy Majority Leader, Hon. Ibrahim Bundu inquired on the nominee to explain about the flag of convenience which the interviewee also explained fully well.

Deputy Speaker of Parliament, Hon. Chernor Bah also part of the Committee spoke positively of the nominee stating that he was not surprised to see him proving himself so well.

One thing the Committee was also impressed about was when Jalloh acknowledged of reviewing the Maritime Act and moves in transforming the Maritime Administration into international standards. He explained of  how  he has created various departments  enhance division of labour as against what use to happen  when the administration was run like a one man business by his erstwhile boss.

With Jalloh at the helm of affairs, SLMA is likely going to live to the expectation of the public and the international community.

Jalloh is therefore expected to appear in the well of parliament for final approval at anytime. 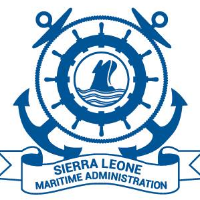