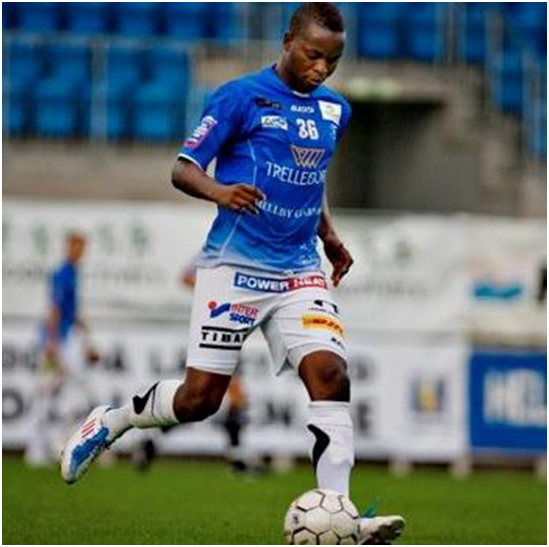 The former Mighty Blackpool defender, who will be 23 in September this year, missed the Sierra Leone- Tunisia World Cup qualifier in Tunis because he was on trial with several Swedish top clubs, but it was Sandvikens IF who won the race for the Sierra Leone international.  For the past few months he has been under their radar but the deal was done and the aggressive defender put pen to paper 29th March 2013 at 6:30pm.

The 22-year-old was determined to establish himself in the Swedish top division but now has accepted to play with Sandvikens IF because it is time to move on.

‘I would love play a lot more in any other team in the world,’ said Simbo. ‘I’m learning a lot playing my trade in Sweden; I’m very ambitious and need to play regular football.

‘I don’t know what might happen in the future.  Football changes a lot and anything can happen.  My dream is to continue playing for club and country.  Hopefully with match fitness I will be in the next Sierra Leone squad against Tunisia at home in the race for 2014 World Cup, I need to play much more,  he told Sierra Express Sport UK.

Simbo started his career playing for Mighty Blackpool in Sierra Leone, he was very much instrumental in the team and that helped him move to Norway in 2009 to join Raufoss; after his successful first season with Raufoss he move on to join another second division side  Sogndol.

He was back with Mighty Blackpool for a short spell before moving to Sweden in 2011. He went on loan to Swedish third tier club Motala AIF before he went on to play for Allsvenskan’s top side Trelleborgs. 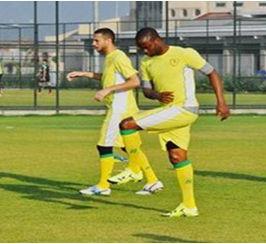 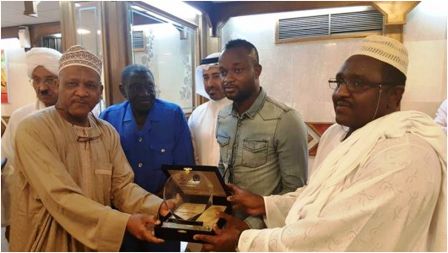