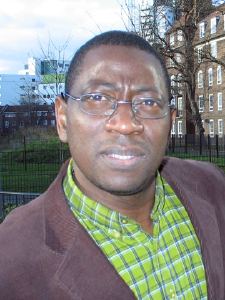 The formation of social clubs in the Western world has become a common phenomenon among Sierra Leoneans.  Three years ago we saw the emergence of Yengema Development Association (YENDA) together with several other social clubs formed by Sierra Leoneans in the United Kingdom to help those in need.  Concerted effort the clubs say is the only method they can use to help their various communities.  Aspirations among the clubs to help people in need is always high, sadly many do not survive beyond a year to achieve their goal.  Once they are formed; difficulties that were not anticipated begin to surface, leaving the clubs depleted with cracks in the relationship among members. Corruption, financial mismanagement and poor organisation are just few of the factors that led to the destruction of many clubs. But for YENDA the sky is the limit in their mission to help others.  (Photo: Mr Mackie Sheik a councillor for the London Borough of Southwark and Chairman for YENDA)

YENDA is formed by the young men and women from Yengema town. The difference between YENDA and many other social clubs is their commitment to progress beyond what they have already achieved.  “We will rise until we achieve our objectives to the fullest. The sky is our limit”, Mr Aiah Major the Publicity Secretary for YENDA reiterated.  Whether this will come to fruition or not, the signs are that YENDA is matching its words with actions.

The club came to prominence last year when the members organised a dance to mark the one year anniversary of the club’s existence. Funds generated from the dance went to the formation of a new training centre in Yengema. The centre is due to open formerly to the public in the next couple of months and will offer training skills in dress making, computing, tailoring and several other life skill activities.  By 2020 according to YENDA, the entire Yengema Township will be able to use the basic software in Information Technology.

Mr Mackie Sheik a councillor for the London Borough of Southwark and Chairman for YENDA informed me that last year’s anniversary dance was the turning point for the club. This year he says, “It is a double whammy. We are combining YENDA’s second anniversary dance with the Sierra Leone Independence dance to show our love for our country and its people.  A combination of the two events will help cut costs and save money for YENDA to help the less fortunate people in Yengema”.  Mr. Mackie may not have excellent ideas to attract Sierra Leoneans to attend the dance, yet his estimations are enough to persuade patriotic Sierra Leoneans to attend the dance in their droves on Saturday 27th April 2013, at the llderton Road entertainment complex London, United Kingdom.

YENDA is funded through contributions from members and donations from the public. All funds go to good causes to help rebuild the lives of the people of Yengema after the brutal rebel war. The rebel war destroyed lives, towns and villages, but with YENDA insight Yengema is slowly becoming a beacon of peace and hope for its people.

The club is relatively new but its ambition to ascend to higher heights is huge.  For the young men and women from Yengema it is no turning back, “the sky is our limit”, they emphasised. Whether YENDA will break the myth that has hindered the success of many other clubs and effectively achieve its aims and objectives or become one of the ill-fated social clubs with a short lifespan remains to be seen. 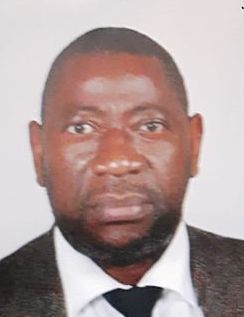