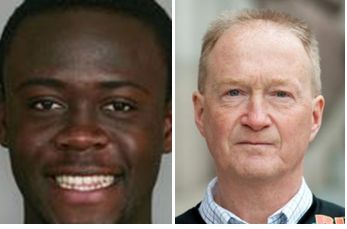 Although they seem to be singing from the same hymn book, both Coach Lars Olof Mattsson and Striker Kei Kamara appear to differ in opinion about Leone Stars’ chances of qualifying to the 2014 World Cup in Brazil, if the team lose their third match in the group against leaders the Cathrage Eagles of Tunisia on Saturday March 23 2013, at the Rades stadium in Tunis.

Both agreed the hosts, having played nine matches in recent times and Leone Stars none, gives the Eagles an ‘added advantage’ to carry the day.

“You can agree with me that having played nine matches recently and Leone Stars played zero, the Tunisians have the better advantage although the team now has a new coach who invited 28 players from which he will pick his squad for Saturday’s match,” said Coach Mattson.

He continued: “we cannot allow ourselves to lose the match on Saturday because if we do, it means we are five points behind Tunisia and with three matches in hand, I think it is over!”

However, the 28 year-old right winger on loan from Kansas City to English Premier League side Norwich City, Kei Kamara, is seeing things from a completely different perspective.

“We do not come here to lose the match but to pick up points…but if it happens the other way round I think there is still hope,” Kamara noted.

The confident Kamara pointed out the perennial problem of not playing international friendly matches was a big problem for Leone Stars however, they as players have been doing all they could to ensure the team’s latest progress.

“We live in different parts of the world and play in different leagues so imagine having us together for just two days and we play impressive football in big games is just wonderful for the players,” said he.

He noted further that since 2008 the team has not engaged in any international friendly match.

Kei Kamara, whose last international game was against the same Tunisia in the 2013 Africa Nations Cup qualifier which ended goalless last October, says Leone Stars’ latest successes can be attributed to ‘team work.’

“It has taken a long while now when teams used to beat Leone Stars 3 or 4 zero because we’re working very hard as a team that no longer talk of big names or best players as everybody is equal. Even if I fail to score and the team win or draw, I am very happy because that is the spirit in this new squad,” he concluded.