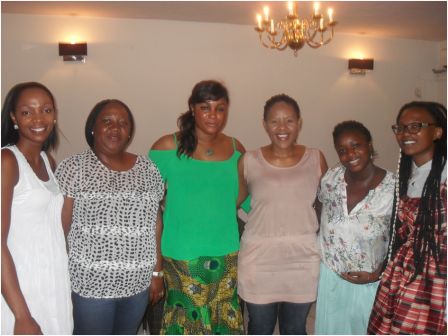 A high power delegation from the Department of Trade and Industry in South Africa has expressed great concern to invest in Sierra Leone.  (Photo: South Africa delegation, the South Africa consul HE Aminata Kallay, alongside the Minister of Health)

The delegation comprising three ladies made this disclosure at a press conference held at the South Africa Consular office, Siaka Stevens Street, Freetown after they successfully completed a week long fact finding mission in Sierra Leone.

The leader of the delegation, Director of West Africa Programme for the Department of Trade and Industry Madam Sindiswa Mququ said their visit to Sierra Leone was very successful, noting that the country is very ideal for business activities, especially in the tourism sector.

She commended the South Africa Consul to Sierra Leone Envoy Aminata Kallay for successfully coordinating their mission in the country.

She revealed that besides Sierra Leone they had earlier visited Ivory Coast, Ghana, Liberia and their mission is to ensure that the South African government invests in these countries to boost the economy.

The Deputy Director of the Department of Trade and Industry in South Africa Madam Nomasonto Ntisanto told the press that the creation of jobs remains a major challenge for Africa in the coming years and needs to be given priority by government.

The Deputy Director said ‘Youth unemployment is over 40 per cent in these countries and disclosed that by 2035 the size of Africa’s labour force would be greater than that of any nation.

“Yes even larger than China! That is a challenge for their generation.

The entire sub Saharan Africa region with a total population of 800 million generates only about two per cent of the world’s electricity output and this is equal to the low power out of Spain.

This poor infrastructure, she said, reduces the poor productivity of African firms by about 40 per cent, especially for small businesses.

She said overall Africa’s infrastructure deficit reduces the region’s economic growth by about two per cent point each year.

‘So we need to target a lot of investment into this critical sector’, she concluded.

She said their visit to Sierra Leone was as a result of the good bilateral relationship between the two countries noting that it will grow from strength to strength.

The delegation commended the government and people of Sierra Leone for the warm hospitality accorded them during their stay in Sierra Leone. 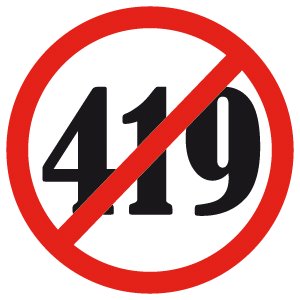