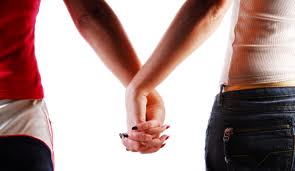 As the nation grapples with the oddities of homosexuality and its peculiarities in the Sierra Leonean cultural context, a new plague has emerged as the stock-in-trade among female students in various tertiary institutions across the country.  The ungodly act of lesbianism among teenage and youthful girls in the society is becoming insipid and urgent steps must be culled up to avert what sober minded people would refer to as basic immorality.

It has been observed that the rate of involvement of beautiful young ladies is becoming alarming and a thorough sensitization about the disadvantages of such a reprehensible practice could be remedial.

From an unofficial survey conducted in Freetown it stood out clearly that young girls have resorted to the act of lesbianism simply because they are not getting the desired result of love from relationships with male partners and when they are lusting for intercourse they prefer resorting to same sex romances in order to satisfy their ego.

Rachael is a thirty-two years old graduate who works for a renowned commercial bank in capital Freetown.  She disclosed that she has been a lesbian since she was seventeen and would not like to be a party to lesbianism anymore since she has come to realize that society frowns at the practice.  She lamented that she became involved in the act as a way of raising money for her living.  She revealed that a friend of her aunt with whom she was residing forced her into same sex practice in exchange for money.  She noted that initially she was abhor to it but later became used to it and enjoyed it. She said she has been hearing about the disappointments that her friends are encountering from their boyfriends and would not want to be a victim, so that is why she decided to go out with a partner of the same sex.  “I am tired of it and I want to stop it now but it is as if there is a supernatural force that is holding me back…” Rachael lamented.

It was further learnt that the lady that pays for the ‘game’ is the one that enjoy orgasm.  This practice is becoming widespread and if urgent steps are not taken it will be uncontrollable to the extent that our female folks will soon suffer extinction.