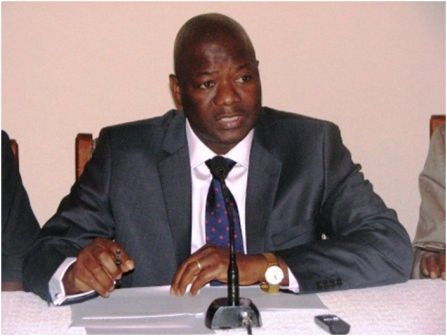 Freetown, February  (SLENA): The Minister of Finance and Economic Development, Dr. Keifala Marah (in photo) has said in Freetown that when he was appointed Minister of Finance, one of the things he planned to do in collaboration with his team was to diagnose the economy, take a look at debt sustainability, budget execution, cash management, fiscal discipline, etc.

He said they were able to put their recommendations together, discussed it with the President which was also shared with all cabinet ministers and further held a meeting with all senior officers across ministries, departments and agencies as well as those that are sub-vented.

He said they were meeting with the bankers in order for them to work as a team, reminding them of the dire situation of the economy.

He maintained that to a large extent, countries that have been able to evolve from developing states to middle income status were able to do so by introducing a Treasury Single Account as one of several components.

He said billions of Leones may be sitting in separate accounts across government MDAs as, according to him, more than one thousand accounts sit in the different commercial banks who charge about 20% interest which accumulates to two hundred and fifty four billion Leones for domestic debt in 2012 alone, which according to him could have taken care of health, agriculture, etc.

Dr. Marah explained that because of the above, at the end of the day the government’s debt portfolio will not be good, which means that Sierra Leone will continue to be an indebted country and urged the Central Bank to work with the Ministry of Finance and the NRA to ensure that the Single Treasury Account becomes operational.

He said though there are challenges, yet there are innovative ways they can adopt to achieve their objective.

The Deputy Accountant General, Richard Williams made a presentation on the Treasury Single Account which was followed by a question and answer session.

Earlier, the Accountant General, Mr. Kebe Korouma and the Senior Financial Secretary in the Ministry of Finance made meaningful contributions.

“Africa Has Done Marvelous Over th...