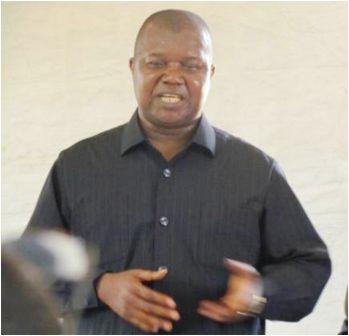 He made this statement on Monday during a one day orientation work shop for newly recruited Directors, Deputy Directors, Inspectors of School and Supervisors at the conference hall of the YWACA at Brookfields in Freetown supported by World Vision Sierra Leone.

The Minister of Education Science and Technology Dr. Minkailu Bah expressed thanks and appreciation to World Vision for supporting the ministry to orientate newly recruited education officers.

He said the professional wing of the ministry has over 200 vacancies to be filled and recruitment process is also underway to fill the other gaps.

The Minister called on the newly recruited education officers to carry out their duties diligently in a bid to promote quality education in schools across the country.

The Acting Permanent Secretary Zainab Buya Kamara in the Ministry of Education while chairing the opening ceremony called on the newly recruited education officers to be efficient in carrying out their duties at their respective locations in the country.

Director of Higher Education Nabie Kamara said poor supervision and inspection of schools is also largely responsible for the underperformance of schools in public exams and encouraged the recruited officers to take their work seriously.

Director of Programmes MEST expressed excitement over the new recruitment of education officers he said the ministry has six division and units.

Director of Non-Formal Education expressed the need for the involvement of non formal education in the education reform through the devolution of local councils.

Director of Policy, Planning and Research Adama Momoh in the MEST said her department is pivotal in the promotion of quality education on progress and challenges.

She said the Millennium Development Goals target on education has been achieved and the Millennium Challenge Corporation has promised to provide grants, she said there is need for more recruitments to fill other vacant positions.

The Executive Secretary for Basic Education said attitude of teachers in demanding money for assignments is an offence and calls for change of attitude to reverse the trend.

He said research has proven that test keeps the pupils on target of their class. He said public exams have also improved in passes and urged inspectors to be willing to solve some of the problems in the school Only 1 percent students pass WASCE exams.

He said our vision is for children to enjoy life in fullness and the focus is on children to achieve education, improved health, and nutrition.

He expressed commitment and determination to working with the Ministry of Education Science and Technology and have provided support for the orientation.

He said two professors have been contracted to get a scientific data in close partnership with the education ministry so as to guide world vision for the future.

He said World Vision has big plans to promote quality learning with integrity and assured that world vision is ready to work with the Ministry for the promotion of quality education in the country.

The Country Director Dr. Leslie Scott said every child must read and comprehend by the age of eleven adding that World Vision is presently supporting distance learning programmes and calls on the ministry of education to support the selection of teachers.

Chief Education Officer Alhaji Kamara said the ministry of education is focused on promoting quality education, recruitment of the education officers and cautioned against disrespect to authorities and calls for team work and networking in the discharge of their duties.

The Deputy Minister of Education Science and Technology Mahmoud Tarawlley said the ministry is going through tremendous challenges and re-called that during a snap visit to some of the schools it was observed that some schools in the Western Area are faced with low standards in education.