The notorious collapse of the antiquated Mabang Bridge did not come as a surprise; I was long expecting that the colonial bridge would give up one fine day and cause calamity and that is exactly what has happened.

The collapse of the bridge is a gross manifestation of recklessness on the part of successive governments of this country.

Since our colonial masters constructed the railway bridge linking the Western Area to the Moyamba District via the Kholifa Mabang Chiefdom, successive governments have made little or no serious effort to reconstruct or rehabilitate the dilapidated bridge till now when the bridge has sent some people to the hospital.

The collapse of the Mabang Bridge also lends credence to the fact that we lack the culture of maintenance, otherwise, we should not have allowed a very archaic bridge to go for decades without repairs.

Even though the SLRA, after detecting the imminent danger posed by the rickety bridge, advised that only light vehicles be plying it, an adamant driver forced his DAF truck through the aged bridge which consequently broke, resulting in the injury of some stubborn passengers who insisted on staying on board the truck.

The breakdown of the Mabang Bridge should serve as a signal for the SLRA to be considering the timely reconstruction or rehabilitation of other perilous bridges in the country and not to wait until they also cause catastrophe. 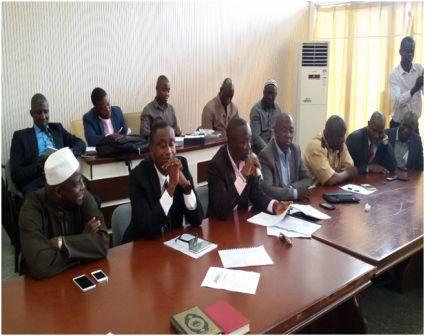