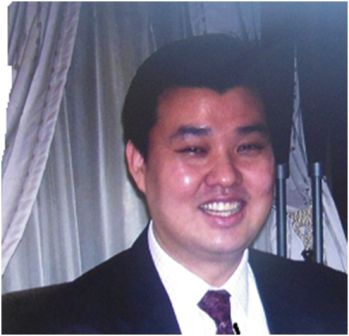 A six man strong South Korean delegation from MAKE GROUP (a South Korean investment company) is expected to arrive in Freetown this afternoon on the invitation of the President Dr. Ernest Bai Koroma on a 7 day working visit to further initiate and strengthen national economic and other related development within the Presidency and other lined Ministries, thus associating with the Agenda for Prosperity.  (Photo: MAKE Group Chairman James Juhee Han)

The delegation will be led by it’s Chairman James Juhee Han. The visit is the work and architect of international business know-how Omrie Golley. The delegation is expected to have audience with  President Koroma, Vice President Sam Sumana, Minister of Foreign Affairs, Finance, Agriculture, Information, Energy, Internal  Affairs, Water Resources and The Speaker of Parliament and other related Institutions

According, to Mr. Omrie Golley, MAKE GROUP is a well regarded Korean investment/consulting company, with strong connections to Korean Government and private sectors.  MAKE GROUP he revealed, is recognized locally as a pioneering private consortium with abiding interest in promoting business relations with African countries and has won the respect of the Korean government, private and  public  corporation all of which he added “have extended generous political  and financial support for all it’s projects in Africa.” The Group he further said has cultivated strong relations with heads of State and governments due to it’s  extensive networking capacity and wide business experiences.

Chairman Han said “Sierra Leone is in need of quick industrial infrastructural development, telecommunications, education, health care, agriculture and responsible exploitation of natural resources are the bedrock of economic prosperity, MAKE GROUP working hand in hand with the government  of South Korea and private enterprises, have the will and the expertise it takes to turn the odds in favour of Sierra Leone”

Agenda for Prosperity – the Sierra...