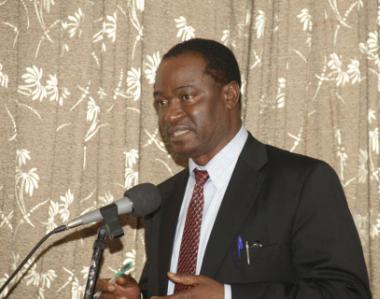 The Executive Council is composed of Foreign Ministers of Member States charged with the responsibility of coordinating and making policy recommendations in areas of common interest to the Member States. It is answerable to the Assembly of Heads of States and is tasked with preparing sessions for the Assembly.

This is the debut African Union Summit which Dr. Samura Kamara is attending after he was appointed Minister of Foreign Affairs and International Cooperation by His Excellency President Dr. Ernest Bai Koroma.

The Summit officially kicked off on Monday 21st January with the Twenty-Fifth Ordinary Session of the Permanent Representatives’ Committee (PRC).

The Ambassadors exchanged views on specific reports including the reports of the Sub-Committees on Structures; Multilateral Cooperation; Contributions; Economic and Trade Matters; the report on NEPAD as well as that of the Special Emergency Assistance Fund for Drought and Famine in Africa among others.

As Chairman of the PRC’s Sub-Committee on Headquarters and Host Agreements, Ambassador Andrew Gbebay Bangali, Sierra Leone’s Envoy to the Federal Democratic Republic of Ethiopia made pertinent contribution on behalf of the Sub-Committee whilst presenting the report.

The Working Documents and Draft Decisions in preparation of the 22nd Ordinary Session of the Executive Council have already been considered.

The document is divided into two parts: Part A includes items for adoption on which the PRC has reached an agreement and for which approval by the Executive Council is required without discussion while Part B includes items on which agreement has not been reached by the PRC and therefore requires debate by the Foreign Affairs Ministers.