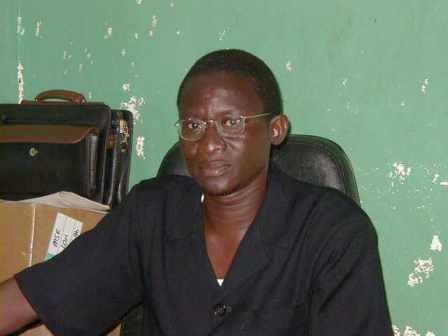 Opinions are divided amongst sports enthusiasts as to whether the Minister of Youths, Employment and Sports, Paul Kamara (in photo) should retain his seat or be sacked.

Sports stakeholders who want to see the minister retain his seat said, they love him because he is disciplined, firm in decision making, and above all has helped develop the standard of the National team to a higher level.

Most sporting discipline stakeholders, especially those running football, revealed to this press that for football families to be united and progressive, Paul Kamara must be sacked as he is a dictator, racist, disrespectful, and has always mixed politics with football and that he is to blame for the current mess in Sierra Leone football.

“If he is reinstated, most of us, the football stakeholders, will resign from football as we’ll not work with somebody who does not respect their elders, they angrily said.

Currently the F A executive has been dissolved by FIFA and replaced by a five man Normalization committee responsible to run football in the country and hold a F A presidential election, slated for 30th June 2013.

The hope of Hon. Paul Kamara to be retained or be sacked is left with the president, His Excellency Ernest Bai Koroma and nobody else.

Airtel recognized for its CSD work...