In Sierra Leone – President Koroma and our growing democracy 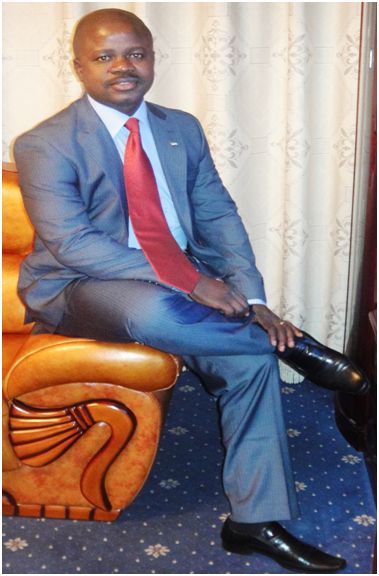 In Sierra Leone – President Koroma and our growing democracy

The Agenda for Prosperity is explicit in terms of government’s readiness to deepening the country’s democracy and rule of law. Generally, prosperity and stability are a far cry in any state that is neither democratic nor peaceful .The observance of the rule of law and the rights of people are the practicalities of a democratic system. Prior to 2007, Sierra Leone had a number series of challenges in terms of effectively handling and promoting democratic tenants. Ensuring a total overhaul of the country’s democratic and governance system was as challenging as being able to make those institutional reforms created to functional effectively and properly. There was the absence of readiness on the part of the political class to ensure things move in the right direction.  This was the legacy that President Koroma inherited, coupled with the challenges therein. But the years coming after 2007 became as promising and bright for our democracy, the rule of law and sustenance of institutional reforms as they have been in terms of infrastructural development.  President Ernest Koroma and his government have put so much emphasis on the need to deepening the country’s governance based on the rule of law, freedom of expression, political tolerance, regular free and fair elections, and protection of individual and vulnerable groups, amongst others. With practical steps taken by the government to ensure a complete transformation in the country’s political landscape in the last five years of state governance, one would argue that we are today amongst those countries that could be referred to as the envy of the continent.  (Photo: John Pa Baimba Sesay, IA, China)

No doubt, there  till remains a number of  challenges like;  creating awareness and acceptance of the basic principles that guide the proper functioning of a democratic process, addressing youth unemployment which could threaten peace and stability and enforcing discipline and regard for law and order, amongst others. But there still is the will, readiness and practical actions aimed at addressing these challenges. However the role of states institutions like the police, judiciary in this drive could not be overstated. This is also true with other sectors like civil society groups, the media, political parties, amongst facets of society. They all have a critical role in the socio-economic and democratic growth of our country.  Strengthening the justice system and its fairness to all citizens is as crucial in the area of strengthening our democracy as it is, also with the need to scaling up the prominence of women in elective and appointive positions and encouraging collaboration with the opposition, development partners, and civil society in resolving problems through dialogue. Added to this is the need to encourage a regionally representative Government, as we have seen in the appointments of people into positions of trust by THIS government. So, given the strongest of political readiness on the part of government, it also behooves all and sundry, especially the opposition to see the need to come to terms with the need to support the country’s call for development and in deepening our democracy

Let me also take you to some developments back home; the Lungi International Airport, for today. The importance of the airport to attracting more investors could not be overemphasized, given the fact that it is the gateway to our country and the first impression people get about our country starts from what they see with our airport. With the recent signing of a contract between China and Sierra Leone for the construction of a new airport in the Port Loko district, the refurbishment of the current one by THIS government can go a long way in showing how serious we are as a country in rebranding our image both within and out of the country.  When President Koroma assumed office in 2007, he met an air travelling system that was in a bad shape as the airport was in a declining state with sub-standard facilities. But within our rebranding efforts as a country, rehabilitating the airport to meet international standards became an overriding priority. Overlaying of the runway, widening of the taxi way and relocation of ground lighting system were embarked upon. The ground lighting system now fully functional, water supply   adequate; electricity supply increased to 60% and 70%, with the X-ray equipment purchased and installed. Given the workaholic nature of the President, his first official function upon his return from Germany on Friday was an inspection tour at the airport; development in progress, under the current administration.

By the way, I read my good old friend and ‘grandfather’, announcing his retiring from the art of writing. I mean Dr Sam Banya. I wish him a perfect rest.  I had few debates with him, since 2009 when I started doing. How sad, that he is retiring at a moment his party may be in need of him most. I only hope he has not been punctured by the ‘4 for 4’ victory of President Koroma. Good luck grandpa Sama Banya. I wish you a perfect retirement from writing. I admired you  not because you are sometimes, too  economical with the truth in terms of development in Sierra Leone, but for your steadfastness in defending the party you ended with (SLPP), after having worked with the APC for years, I mean years, indeed several years.

Has Coronavirus Reshaped Our Democracy?