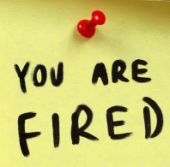 Koidu Limited, a subsidiary of Octea Mining is alleged to be in the habit of illegally and unlawfully dismissing its staff.  This time they have dismissed Mr. Mani Brima, a Mechanic Foreman.

According to him, he started as a General Labourer at Koidu Limited, then Branch Energy in 2003.  Mr. Brima went on to explain that he has worked dedicatedly and honestly throughout these years and decided to resign on the 28th of May 2012.

“I first wrote my resignation letter to the Workers’ Union Chairman – Mr. Mansaray and my immediate boss at the workshop – Mr. Vicco Becker,” the young man explained.  Vicco, according to Mani Brima decided that he put a hold to the resignation until he comes back from leave in South Africa.  “I decided to wait for him until his return from leave,” Mr. Brima said, adding that when Mr. Vicco came back from leave, he apparently came with a plan to set him up and get him (Mani) fired thereby preventing him from receiving his hard-earned benefit.

In implementing his diabolic scheme, Mr. Brima said that Vicco instructed them to be using waste diesel fuel to clean all machines that are under maintenance.  This instruction was given in full view of all local and expatriate staff.

On the 22nd of July, 2012, Mani Brima explained that he was on night shift duty during which he decided to go down the pit to collect a meter reading on a Drilling Machine commonly called – Pantera.  “I suddenly saw a South African Security vehicle drive past and blocked the Land Cruiser vehicle I was in,” the Mechanic Foreman explained, and went on to state that the Security personnel asked him what was in his vehicle. “Its diesel,” I told them; explaining further that the Security personnel asked what he was doing with used diesel as a mechanic. “My Boss, Vicco told us to use it to wash spare parts whenever we do maintenance,” Mani stated.

The security ordered Mani to drive up to the Junction with them to ascertain their claim that he had plans to steal the said waste diesel.

Further explaining, Mr. Brima said that when the Security personnel contacted Vicco, he denied instructing them to use diesel.  So in the morning after handing over to the other shift, Mani said he met Vicco on the way and went with him to his office at the workshop.  “Mani Brima you have just lost your benefit,” were the exact words of Vicco according to Mani; while later narrating all that transpired at the pit the previous night to his boss.  He went on to state that the Security obtained statement from him that morning and was asked to go home by Vicco.

“The other day, I was issued an indefinite suspension letter by the Admin Office,” Mani lamented, stating further that during the Administrative hearing at the Company on the 27th July 2012, the panel acknowledged that Vicco did not deny instructing him to use waste fuel to wash spare parts during maintenance.  As the Admin Hearing Panel which does not comprise people with any legal qualification, settled for dismissal as their verdict, Mani said he appealed the ruling and since then there was no word from the Company until 7th January 2013.

“Mr. Aruna finally retorted that he was expecting Vicco to withdraw the matter all this while and that they have no choice but to stick to their initial ruling of dismissing me without my ten years benefit,” Mani Brima explained.

The case of Mani Brima is no strange phenomenon as Koidu Limited according to reports is in the habit of unlawfully and illegally dismissing long-serving staff in a bid to avoid paying out huge sums as benefits to these hardworking Sierra Leoneans.

A typical example of this is one Michael Kamara who having given his life for this Company, was dismissed for a feeble and unproven reason that he took commission from suppliers.

These issues should be looked into by the Ministry of Labour if sanity and peaceful coexistence is to prevail between the Company and the people of Kono District. 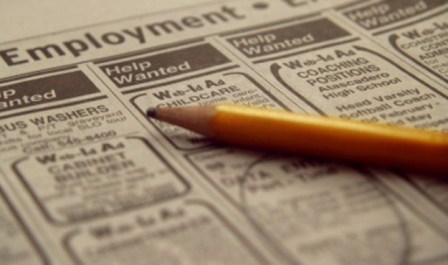