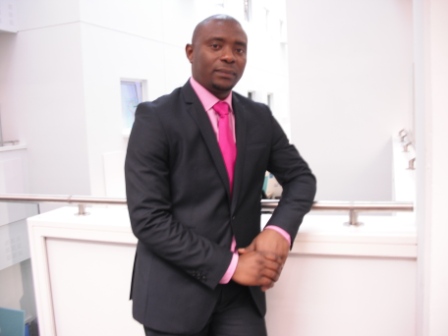 In the days of yore, impunity and euphemism used to be a worrying challenge for the Anti- Corruption Commission in Sierra Leone.  This is no more the case. In the last few years, we have seen the independence of the Anti-Corruption Commission bearing fruit.  Now, hardly anybody will siphon off monies meant for projects and goes scot-free.  If both the recent growth prospect envisaged by IMF and winning the most coveted MCC award from America is anything to go by, then one would say the economy of Sierra Leone looks shimmering in the future. Merely, winning the MCC award is a perfect yuletide, a time when America is struggling with fiscal cliff and European economies are grappling with austerity packages. Not until recently, it has never happened in the history of the country to win such a covetous prize. As 2013 is upon us, what does this achievement means to Sierra Leone?  (Photo: Idrissa Kamara, author)

In March 2002, in the fight to reduce global poverty, President Bush announced an increase of five billion dollars per year over current bilateral assistance levels to be vouchsafed to poor countries. In a fastidious mood, the president enunciated clearly that this assistance will be channelled through the creation of an independent agency, the Millennium Challenge Corporation (MCC). Based on set criteria, the MCC is empowered to give money only to honest governments pursuing sound economic policies that influence it with a proposal of their own choice: governing justly, promote basic education and reduce corruption. The MCC depart from a traditional donor-led process which undermines recipient government capacity to design and implement effective development programs. It takes its inspiration from a group of World Bank economists, principally Craig Burnside and David Dollar, who argued that aid only works in countries pursuing sound economic policies: their research concluded that if a poor country has high trade barriers, a misaligned unstable prices and weak public finances, it is an infertile soil for aid. Although their results have been disputed, a slightly weaker version of their argument commands a broad consensus: aid may do some good even in basket cases, but it certainly works well in countries with honest governments and sound policies.

The MCC gives recipient governments the freedom to design proposals and implement projects of their own choice. Albeit the government is the main focal point that funds are channelled through, the project proposals would have to be based on a broad consultative process with civil societies, NGOs and other parties; especially those that represent the poor. Proposals would be expected to spell out the specific projects that the recipient would take and the benchmarks by which success would be measured, pushing recipients at the outset to establish concrete goals for measuring success over a specific timeline. The length of time monies are going to be readily available for projects earmarked by the government depends on the circumstances in that country. In most cases, contracts would be on the order of three to four years.  Seemingly, winning the MCC is a necessary but not sufficient condition for receiving funds; as eligibility would need to be followed by the submission of grant proposals based on compelling goals, a well-thought-out strategy for effective implementation, and concrete, measurable outcomes. More so, government would have to deal with some NGOs or civil society groups that are not in their interests to design the project proposals.

One should not forget that the main objective of the MCC is for recipient governments to draw up strategies that will unleash growth hence, reduce poverty. But this takes time. For instance, Madagascar was one of the first countries in Africa to win the award in 2004, at first the Madagascar’s government presented a wish-list of all the projects that each ministry wanted in its feoff. The MCC told the Madagascar’s government to think harder, and consult more widely among its own people to find out what they thought was stopping them getting richer. Malagasy peasants told them they wanted two things: property rights and credit, since that is what is holding back.

Like Sierra Leone, the land-tenure system in Madagascar, is a mess. Minuscule of farmers has clear title to their land, so they cannot easily sell it or use it as collateral to raise loans to improve their productivity. They tend to use land until it is exhausted and then cut down more of Madagascar’s pristine rainforest. The land  had huge backlog of which it processes at a snail pace. All records were on paper, stored in mounds on shelves festooned with cobwebs. The typewriters in the office chirp when in operation. The MCC funded a project to modernise and computerise the system. The MCC had also backed reforms aimed at creating a proper system. Madagascar used to have fewer banks and made their profits by lending to the government. They didn’t lend to small businesses because they didn’t know how to assess business plans and most small businessmen don’t know how to write them. The Malagasy government drew up well-structured proposal to improve both the supply of credit and the quality of demand for it. The MCC funded the project.

Sierra Leone like any other low-income country, to achieve this award from America speaks volume. It shows how far we have come as a nation in the fight against corruption. It shows how tolerant the present government is in accepting criticisms from some section of the media, who sees nothing good about the government. Unlike the previous dysfunctional APC and SLPP governments, in this present time journalists have the carte blanche to publish whatever they want against the sitting government without resorting to the 1965 Public Order Act, which criminalizes libel and seemingly ineffectual. In a subtle way, it shows how both the ministry of Finance and the Bank of Sierra Leone have come together in their own different ways to shape the finances of the country amidst the mire of the worst global financial crisis since the 1930s. In a more serious note, though they administered misguided policies, managed an inept anti-corruption commission and spent monies on fake projects that didn’t come to fruition. We should lend credence to the last SLPP administration. This is the truth and we have to give the devil his due. Yes, sirree! Though the last SLPP administration was exuberant in nature, but they did what they could to develop the proper institutions – Anti-Corruption Commission, NRA, PPRC etc. – for the current administration to achieve the accolades that are brimful of the MCC.

In a final note, as we have turned over a new leaf in achieving this award, the government needs to take a leaf from Madagascar in designing projects that will benefit the people for the long term. I think for a start the government should be thinking of putting a project proposal to fund a significant portion of its new education program, health and energy. With this in mind, the government will have sufficient funds to focus on its most ambitious roads infrastructure project in an inexorable manner. However, to all intents and purposes, I believe what will help the government to make good use of this opportunity and to reduce poverty speedily, is to design a proposal that will fund a social protection scheme. In the last decade, we have seen how these programs have helped to reduce poverty drastically in countries like Ghana, South Africa and some Latin American countries.

But because of space, I will endeavour to talk about the importance of social protection to poverty alleviation in my next article.