Launch of “Youth Manifesto for the 2012 Elections”

Launch of “Youth Manifesto for the 2012 Elections”

Today, Tuesday 23rd October, Restless Development and partners will be launching a “Youth Manifesto for the 2012 Elections” at the British High Commissioner’s residence at Hill Station. The manifesto shares the views, hopes and fears of young people across Sierra Leone with regard to the upcoming elections, to political participation more generally and to the future development of Sierra Leone.

The manifesto was developed through a process of youth-led research, an approach pioneered by Restless Development which allows young people to play a leading role in designing and implementing research. Almost 400 young people were interviewed from 12 rural and urban communities across Sierra Leone.

Among other findings, it was found that a large number of young people are planning to vote in the 2012 elections, many of whom for the first time. Two thirds of young people interviewed said they were positive that the elections will be free, fair and credible and 68% believe things will improve for young people after the elections. On the other hand, only a quarter of young people feel that political parties take youth views in to account when designing policies and setting priorities.

Overall, the research revealed a picture of a highly engaged youth electorate who intend to exercise their civic rights actively and peacefully. One of Restless Development’s goals is to work with partners to enhance youth civic engagement and advocate to decision-makers to more effectively include young people in their decision-making and governance processes.

A copy of the manifesto will be available on the Restless Development website www.restlessdevelopment.org 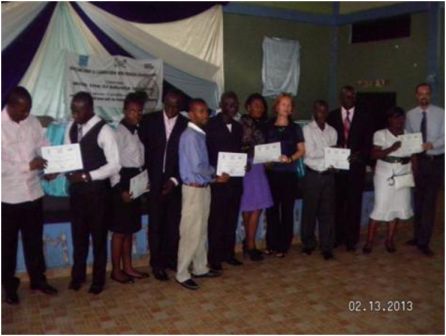