The Nobel Peace Prize & the Irony of Peace

The Nobel Peace Prize & the Irony of Peace

It is a travesty of semantics and an insult to the intelligence of the man on the street, when a group of self-aggrandising “know alls” decide to dress themselves in robes of mortality. The Nobel Peace Prize by origin was invented by Alfred Nobel, who died in 1896. He left in his will in the 1900s, that the Peace Prize was to be awarded to those who had “done the most or the best work for fraternity between nations, for the abolition or reduction of standing armies and for the holding and promotion of peace”. It has since been regarded as a life-changing honour that brings with it worldwide recognition that highlights one’s life works to humanity.  The prize itself, when bestowed on individuals conjures up the notion that its recipients are people with CONSCIENCE.  From Mother Theresa, Martin Luther King, Albert Einstein, Alexander Fleming, right down to Marie Curie, are all names that leave you with a sense of their contributions, not only to their communities but to humanity.  (Photo: Abdulai Mansaray, author)

But the irony of the Nobel Peace Prize can be traced to its origin and its inventor, Alfred Nobel. As a trained chemical engineer, his inventions included dynamite and ballistae. He was also influential in turning Bofors from an iron and steel company to an armaments company. With such a CV, it is understandable to assume that he may have suffered from a serious bout of conscience; for his contributions in science ultimately led to enhancement of the destruction of humanity. Words like ballistics can be traced back to his gifts to humanity.

However, it the list of recipients in the last decade that has been causing controversies all over the word, much to the discredit of this honourable gesture. The last decade has seen most of its recipients at the helm of authority and at times that the world witnessed a period of wars, from the Balkans, Africa to right up to the Middle East.  Kofi Annan, (1997-2006), Mohamed Alberadi (10 yrs), Jimmy Carter (1977-1981) and most recently Obama in 2009, have all been laudable recipients. Kofi Annan was in charge at the UN during the Bosnian war and the Hutu-Tutsi massacre. Mohamed Alberadi was the head of the Nuclear Watch Dog who stood by as nonexistent WMDs were invented to justify the invasion of Iraq, while Obama received the prize just within a year into office; and his contribution to humanity was taking American soldiers out of Iraq and surging them into Afghanistan.

Other recipients like Yasser Arafat, Shimon Perez, Henry Kissinger and Le Duc to name, but a few have all generated serious controversies. Some people will find it understandably paradoxical that most of these Nobel laureates had to make war in order to make peace. Others will argue that “for evil to prosper, it takes the good to do nothing”; hence the need for some of these wars to bring peace. But there is no running away from the fact that the Nobel Committee is seen as being politically contaminated; at the expense of its credibility, leaving many to question the raison d’être of the award itself and its committee. Where are the Ken Saro-Wiwa, Mohandas Gandhi, and Dorothy Days of this world?  It just goes to show that one man’s villain could be another’s hero.

This year’s award of the Nobel Peace Prize was given to the European Union, for “its efforts to promote peace and democracy in Europe, in the midst of the Union’s biggest crisis since its creation in the 1950s. According to the committee, “the stabilizing part played the EU has helped to transform most of Europe from a continent of war to a continent of peace”. The EU’s President Jose Barroso called it a “justified recognition” of a unique project that works for the benefit of its citizens and the world”.  Tell that to the Greeks. The controversy surrounding this year’s award was summed up by Greece’s main opposition Syriza party, that the decision “cheapens the prize”. Fyodor Lukyanov, editor of Russia in Global Affairs, sees the award by the Nobel Committee as a way of “demonstrating its hot desire to actively influence world politics.

Where do we start? The Nobel Committee could not have courted a more dignified controversy than this year’s recipient even if it tried. Awarding the EU is not only controversial but ironical. It is like saying that the EU, together with other world bodies has been awarded the prize for presiding over the worst economic period in living memory. With the EU single currency struggling to keep its face value and with other member states pulling at the leash to “unfriend” themselves altogether, many will see this award as a political gymnastics; aimed at providing badly needed life support for the EU.

It is an open secret that the world is facing a financial meltdown; even Western Union is complaining about the lack of activity towards… you know where. Natural disasters have also contributed with floods and dry periods; resulting in one of the greatest threats of food shortage worldwide. While the rains have threatened food production in places like the UK, India, Russia and China, America has seen its driest period in living memory. Among others, Greece is one of the countries hardest hit by the economic crisis in Europe.  With suicide rates on the rise, and with Germany seen as the chief bailiff in their economic struggle, it is not surprising that Greeks see themselves as embattled in an “economic war”. Can the timing of this award to the EU be worse timed?

“Transforming most of Europe from a continent of war to a continent of peace” is rightly so, but the question is what did Europe do with its vestiges of war then. Recent events in Iraq, Egypt, Afghanistan and now Syria could be seen as just a change of theatre that has been disguised with the NATO flag. It is true that Europe has been peaceful, but what has become of the rest of the world; especially the Middle East? With uprisings, rebellions, wars, interventions and political intrigues generated under the cloaks of the UN and NATO, some may question the credibility of such a bold assertion.

It is arguable that these wars were undertaken with “good intentions” and from an interventionist point of view to halt further bloodshed; and by so doing shed some in the bargain. This could be seen as the price of collateral damage. Equally, some will argue that preventing wars is the best form of peace in the first place, and should be the first commandment in the political theatre.  Fighting a war in the pursuit of peace can always carry its weight in the loss of lives; no matter how well meaning or honourable the intentions.  Some will argue that the Middle East has just gone through its period of political cleansing; but with the situation in Syria threatening to take it to a whole new height, the stakes could not be higher. That is for another discussion.  .

With America currently handcuffed to domestic issues; courtesy of the Presidential Election, it is easy to understand the political coma that is sweeping along its corridors of power. As the US contemplates its options in the Syrian/Middle East debacle, much of what is coming from its shores are sabre rattling and vocal chest beating, all prescribed for the average American political palate. Prominent among the sabre rattlers is the new kid on the block Mitt Romney, who is being accused of having five positions on any given topic. Many will see his political stance from Israel, Syria; to abortion… changing with such rapidity that you would be forgiven to think that he is on a “pay as you go” political tariff. But that again, is for another discussion.

George Orwell once said that “War is peace, freedom is slavery, and ignorance is strength.

Don’t forget to turn the lights out.

We are coming for the “New Mohamed... 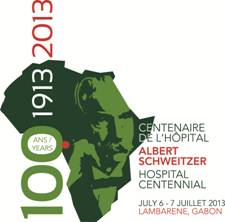 Opening of the Centennial Celebrations O...

How do you solve a problem called Libya?