Enrolment rates at an all time high, but challenges remain- Offering free education, making it compulsory and supporting it politically has been the winning strategy behind Burundi’s successful bid to ensure that virtually all children get a primary school education. In this interview with Africa Renewal, UNICEF’s representative in Burundi, Johannes Wedenig, expatiates on government’s positive role in this development.(Photo: A young boy solving an equation at a primary school in Makamba, in southern Burundi. The province has the largest population of returnees from Tanzania and local schools offer a special re-integration programme. Photograph: UNICEF / Pawel Krzysiek)

He explains that in Burundi there was clear political will, translated into action, with the backing of the country’s international partners. Among those partners, UNICEF has joined with the government in a Back to School campaign that offers teaching materials, desks, sanitation facilities and text books.

There have been some major drawbacks to such an avalanche of new students, Mr. Wedenig admits. Not enough of qualified teachers, classrooms, desks and books has created real bottlenecks. So one of the “side effects” to the surge in school attendance, notes Mr. Wedenig, has been overcrowding and an increase in the pupil-to-teacher ratio (see African schools keep an eye on the prize).

Primary school enrolment has gone up in both urban and rural areas. However, the UNICEF representative points out, “with regards to infrastructure, access to school [in terms of distance], qualifications and even distribution of teachers, obviously the rural areas have a bigger challenge than the cities,” although the disparities are not that significant.

Among various reasons for the loss of students, he believes that girls face the greatest difficulties. “At intake, you have basically parity. You even have in some few provinces more girls than boys. But then at a certain age, girls drop out more than boys.” The problems multiply at puberty, he explains. The issues include the lack of separate sanitation facilities for boys and girls, early marriage and teenage pregnancies.

In some cases, more boys drop out than do girls, especially in villages close to Tanzania. They are drawn to possible jobs across the border, in booming economic activities like mining.

Grade repetition is another factor behind high dropout rates. Low achievers are often required to stay in the same class another year before promotion to a higher grade. Most repeaters are thus older than their fellow classmates. “It is not an easy situation to manage,” Mr. Wedenig notes.

Focus on the system

The problems compound across the entire education system, Mr. Wedenig explains. “If you have a low intake in early childhood development for instance, it is sure that you would have lower achievements and retention in primary school. If you have high dropouts in primary, low transition to secondary and high dropouts in secondary, obviously you will have a problem in terms of the quality not only for university and tertiary education, but also for teacher colleges and for the future of teaching.”

It is therefore important to look at the whole education system, he says. Focusing on just one dimension is not the best response. A comprehensive strategy is needed.

One solution is to invest more in education. Since financing “has not been increasing in the same amount as the number of children has increased,” he explains, “it will obviously have an impact on the services you can deliver.” The quality of education is also a priority, as well as the “child friendliness” of the system.

Burundi recently adopted a new system called “école fondamentale,” in which children are encouraged to be more creative and more competitive, so as to be on par with other students in the East African Community. The pedagogy is participatory, with students at the centre of learning and teachers acting as facilitators.

Mr. Wedenig sees it as a good political step, but it has to be well managed. “You really have to analyse the impact of your policy decisions on the financial resources, the human resources, the infrastructure resources,” as well as the system’s capacity to absorb and retain students and provide quality education. If that is achieved, he says, it will “warrant the investment.”

The real challenge, Mr. Wedenig stresses, is dispensing an education that contributes significantly to the development of a child’s capacities at an early stage. “If you have a child who is stimulated during the early years, you will have a child who will succeed in an optimal way during primary, secondary and tertiary education.”

Ensuring schools that are friendly to children, combating gender discrimination and violence against children, and addressing teenage pregnancies are all essential, he says.

Burundi is on its way to meeting the Millennium Development Goal of achieving education for all, Mr. Wedenig notes, and that end is certainly worth the effort. But the country also needs to understand how the increase in the enrolment rate will affect the entire system and make necessary adjustments, which may not be easy.

No matter the challenges, access to basic education is a right, he stresses. “You have no other alternative but to provide. It’s the obligation of the government, of the international community and of the family and parents.” 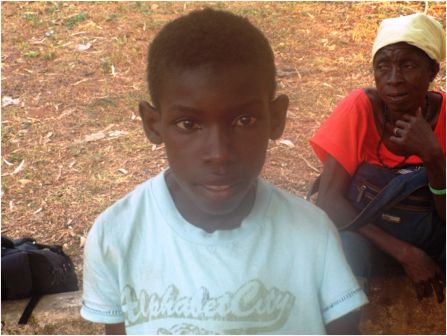 Deprived of Education in Sierra Leone 10... 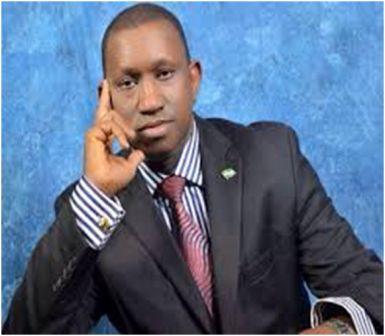