Officials from the Sierra Leone Police Force, Environmental Protection Agency and Provincial Administrators from Bombali and Tonkolili District were taken on a site visit in the operation areas of Addax Bioenergy Sierra Leone. The site visit was held on Friday (5th October 2012), when the officials were also briefed on the operations of the company in the country. The visit, according to the company, was to ensure the officials from the three institutions have a thorough knowledge about the operations of the project so as to be able to discern between false propaganda and the reality on the ground.

Addax is currently in the process of developing a Greenfield renewable energy and agricultural project in Makeni, northern Sierra Leone. Following earlier misconceptions about the project, especially those having to do with the leasing of lands from community people, Addax has now thought it prudent to extend its engagement beyond the media by also involving other major stakeholders in the implementation of their project activities.

Addressing Officials the EPA, Police and Provincials Administration, the company’s Health, Social, Safety and the Environment Manager of Addax said they are currently using the Brazilian type of sugarcane technology for ethanol production, which will be exported to Europe. Derek Higgo noted that the project requires ten thousand hectares of sugarcane and expect a production of one million tonnes per anum. The project, he said will also produce energy that will complement the Bumbuna Electricity supply, with 2, 000 workers to be employed. The HSSE Manager reiterated the fact that the €267m project will be the first ever in the history of the country that will complement the seasonal production of the Bumbuna Dam. Currently, he went on they have about twenty thousand people in ninety two villages in the project area. He expressed the company’s commitment towards the development of the country, and called for the support of the government and people of Sierra Leone to ensure maximum protection of the company.

Environmental Affairs and Sustainability Manager, Lloyd Clark said they prevent the environmental impacts in order to protect the environment and ensure a legacy is left for future generations; to protect local inhabitants and workers; and ensure project compliance. So far, he said they are been guided by a document called the Social Environmental Management Plan, which emanated from the Environmental Social Health Impact Assessment of the company. “We are closely monitoring major environmental aspects of the project area with monthly reports produced,” he said, and further informed the visitors that they have succeeded in planting 61, 000 trees so far in its operation areas, a process that he promised, will be continued. The Environmental Affairs Manager revealed that the trees planted are mainly economic trees of various species that adds value to the community.

The company has intensified the construction of its main factory site as a way of preparing for the processing of sugarcane and export of ethanol to the European Market.

Environmental protection and mitigation has been one of the priorities of Addax Bioenergy Limited. The company has taken the bull by its horn to ensure that they prevent negative impact and promote positive impact on the environment, and ensure a legacy for the future generation. The company is currently undertaking a massive tree planting exercising involving some 5, 600 trees costing about $50, 000. 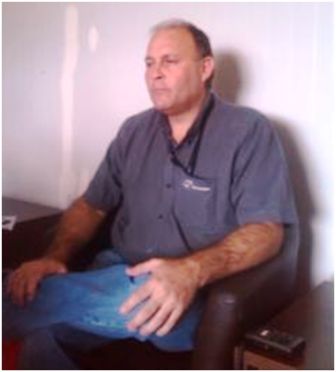 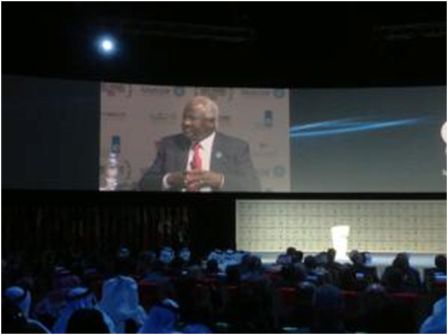