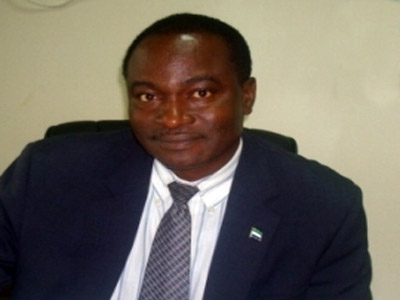 This training of NSAs is part of the integrated public finance management reform project. It lasted for 6 weeks in the four regions across the country. The NSAs were selected by a selection committee that appointed 10 from each district and two from headquarter towns. The drawing is form NSAs to know the intricacies of the ill-gotten things that set in that can change public finance.

A representative from the Ministry explained that the trained Non-state actors will be doing dis-service to themselves and the nation if they do not make sure government monies are spent properly as these much needed revenues are of vital importance in the nation. He then appealed to donor partners to increase funding for Non-state actors programmes.

The clerk of parliament, Ibrahim Sesay, who was once a NSA too, said that NSAs should work in partnership with parliament as they carry out their duties and for them to succeed, they must know the necessary laws relating to their work and be able to ask the right questions. “Therefore parliament is crucial to the Non State Actor,s” he said and added that if there are active NSAs there will be no need for an Anti Graft body because the NSAs will be everywhere”. He extends an invitation to parliament to the newly trained NSA’s.

The Director of Integrated Public Finance Management Reform project Augustus Cole in his statement, said the Ministry of Finance and its donor partners are always willing to finance the promotion of public finance management. He praised the organizers for their initiative and entreated the NSAs to “Do what you preach”.

Speaking on behalf of donors the representative from DfID, John Paul, said they are pleased but by next year the NSAs should show something from the training as that is a way of attracting more funds.

The NSA coordinator Siede Bah extolled the Ministry of Finance and donor partners for their support and entreated the newly trained NSA’s on the need to monitor public property because according to him it is about empowering economic governance and that they should aid government on how to allocate its revenue and confirmed that there is enough grant for the NSAs to implement what they have learnt.

NEC Set to Train Parliamentary Can...