After a completely unremarkable first season with Scottish giant Celtic FC, Sierra Leonean striker Mohamed Poborsky Bangura (in photo), who is back to his former club AIK in Sweden on loan until December was given an artistic send-off by team mates Joe Ledley and Kris Commons.

Sierra Express Media UK understands that both players tweeted pictures of their artistic efforts (with help from Captain Scott Brown).   And as lovely as the front of the car looks, the back is even better…

The club-owned Audi was barely recognisable after being covered in hundreds of pink, yellow and blue notes by the jokers at Celtic’s training ground.

They wanted to organise a wacky send-off for Bangura, who is returning to his former club, Stockholm’s AIK Solna, on loan.

The Post-it prank was his teammates’ way of giving him a memorable send-off that will ensure he doesn’t forget them while he’s back in Sweden.

The Celtic man is in the Sierra Leone squad that will face Tunisia in Freetown at the National Stadium on September 8, 2012.

The Dallas Chapter President has b... 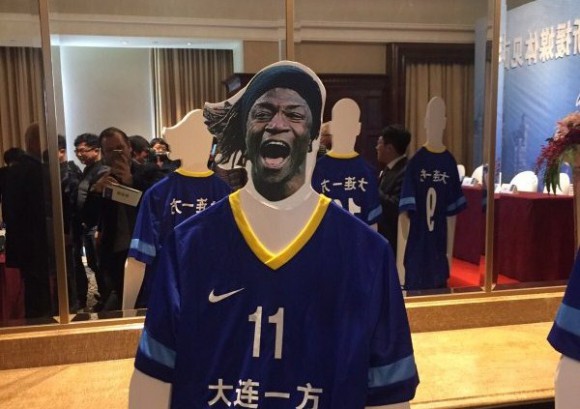