Government’s mark of success in sport

Government’s mark of success in sport

The pseudonym of patriotism goes as a tribute to any citizen, as long as fame and dignity is brought back from an act of nationalism by the citizenry. I will use this as run-on lines. In sport, nationality is the same.

When the national team Leone Stars recently attained a 59th and 11th position in both world and African status rankings, it remained Sierra Leone and not APC, SLPP, PMDC, NDA, UDM and the lot. This baits down the level factor on those authorities concern to run football well in this country and to understand that every other decision taken in running football administration in the country should be done in the best interest of making the game much more successful. This boils down against manipulative steps in taking football administration to another level.

The general consensus in the argument at home remains on how the national team should try maintaining regular team players. Analysts have taken swipes at the mix-match ideology which is popularly being used by the England National team. The uglyness of the system is that it allows no player to settle on strategic positions, and they have been struggling to maintain their form.

Leone Stars got a good experiment of the togetherness factor as the games against Egypt and South Africa in the build up to the African Cup of Nations qualifiers is good point at play. The decision to suspend the captain, Ibrahim Koroma and Kei Ansu Kamara, both members of the regular national team is awesome at this particular point in time the country is building its entire squad. Besides, questions have come rallying around the point at the decision of the Minister to have spearheaded the Football Association in suspending the two players. The minister should know that the country’s success in the game is much more paramount than for him to satisfy his ego – with the decision.

At this cross road the issue weaves across the world’s governing body, FIFA’s requirement and the interest of the government are at opposite. At least FIFA is saying they are not tolerating political interference in the administration of football, coupled with their strong annihilation racism.

The government here, on the other hand is seen as a complementing body that almost has the machinery to govern the possibility of the game.

We have a high current of who and what determines the fate of who is elected to run the administration of the game under its freewill state. Now it is a different ball game. If Sierra Leonean football should progress from its current stage it has to divorce its clear sentiments of favoring camps or if possible decamping football this time would be at the best interest of the game.

Think wisely, to determine the fortunes of the game, this time, now! 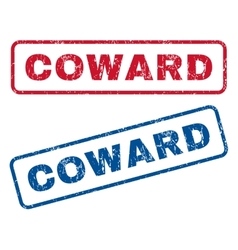 Cowards die many times before their deat...