President of Sierra Leone Association of Journalists, (SLAJ), Alhaji Umaru Fofana yesterday admonished journalists to take caution with the media code of practice as the rend of reckless journalism is misrepresenting the image of Sierra Leone on the international scene.

Umaru Fofana was speaking at a meeting held at the Independent Media Commission (IMC) summoned to bring to the notice of practicing journalists in the country the acts of indecent journalism that are shredding the country’s future apart.

On the issue of unethical journalism practices, Umaru noted that certain journalists are in the habit of publishing non fact full stories, while hiding behind the cloak of words such as ‘alleged’, or ‘reported’. He said certain media practitioners are also in the habit of recklessly promoting negative ethnic incitements, with little regard to what it might provokd. He called these a complete recklessness and condemnation by the code of professional ethics.

The SLAJ president noted further that these practices have painted a negative picture of the profession as he recently lost a lobby bid from an international media organisation which was to help the media landscape in Sierra Leone.

Highlighting the powers of the IMC he stated that the IMC was established to check and regulate activities of the media, and pointed out clearly that SLAJ will not support any journalist who falls foul of the code of ethics of the IMC.

He explained that ever since he was elected into office he is faced with the challenge on the issues reckless journalism and indecent language.

In his closing remarks he warned all journalists to refrain from the practice of reckless journalism as SLAJ as a whole is led by the symbol of being disciples of free speech which also means journalists should cross check their stories before going to press.

In Lunsar… hero’s welcome for DIF-... 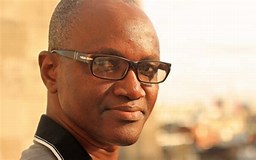