The Northern Regional Manager of the Anti-Corruption Commission has called on religious leaders in Makeni to include anti-corruption messages in their preaching.   (Photo: Al-Hassan Sesay Public Educator explaining the rationale for the engagement)

Addressing a cross section of members of the Inter Religious Council of Sierra Leone at a sensitization meeting organised by ACC on Thursday 17th May 2012 at the Wesleyan Regional Headquarters in Makeni, Mr. Patrick Sandi noted that it is very important for them to take a strong position and stance in the fight against corruption by preaching against it to their congregations. He recognized the importance of the Inter-Religious Council of Sierra Leone, noting that if the fight against corruption is to succeed, they have a crucial role to play. “Corruption is a sin to mankind, so let us be serious about the fight against corruption. Let us all support the ACC to achieve its mission because it is for the people of this country” he entreated the religious leaders.

Speaking on the mode of collaboration between both institutions, Manager Sandi called for information sharing, regular engagement and development of a memorandum of understanding. He used the occasion to explain some of the offences in the 2008 Anti-Corruption Act and penalties. The Northern Regional Manager also dilated on the various methods of making reports to the Commission and the protection of informants. He stressed that if the fight against corruption is to succeed, members of the Inter-Religious Council must be ready to preach, but also resist, reject and report corruption.

Explaining the purpose of the meeting, Public Education Officer Al-Hassan Sesay said it was meant to educate them and solicit their support in the fight against corruption as it is a national concern. He told the religious leaders that ACC alone cannot fight corruption in the country and therefore urged them to partner with the Commission.

Mr. Sesay said the ACC is not just there to arrest and convict corrupt individuals but also to win converts. He gave a brief overview of the Commission and explained the three approaches it employs in the fight against corruption in the country.

Earlier in his welcome address, chairman of the meeting, Rev. Moses F. Kanu reminded his colleagues that the Inter-Religious Council is the main body that is responsible to bring Muslims and Christians together for national interest. He told them that corruption is one of the national issues that should bring them together. Rev. Kanu appreciated the ACC for coming closer to them as they also have a role to play in the fight against corruption. He expressed the Council’s readiness and willingness to partner with the ACC at all times.

Cross section of Inter-religious Council members at the meeting

Making their own input, representatives from the Muslim and Christian faith

made meaningful contributions on the mode of partnership between both institutions. 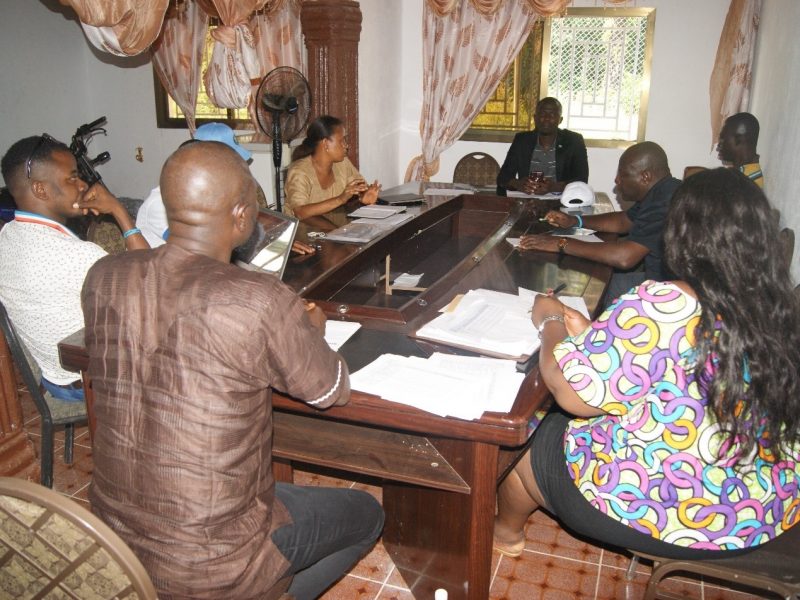