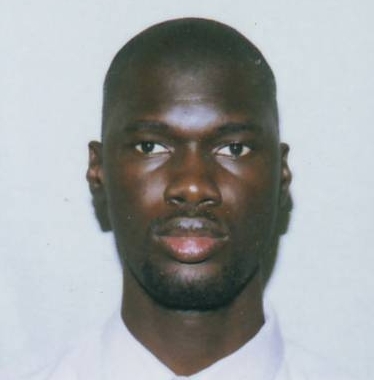 Sierra Leone’s parliament has just enacted one of the most progressive legal aid laws in Africa—with an innovative approach to providing access to justice for all that will reinforce the rule of law in a society still scarred by the brutal civil war that ended in 2002.

In a clear demonstration of consensus, a committee of the entire house of the country’s parliament approved the bill on Thursday, with all three readings in less than one hour. In addition to providing the legal architecture for Sierra Leone’s first nationwide legal aid system, the law also importantly enshrines the role of paralegals—rather than only fully qualified lawyers—as a basic element of the system.

The bill provides for a mixed model of criminal and civil legal aid, from provision of legal information and mediation services through to representation in court, and supplied through a public/private partnership of government, private sector and civil society. By explicitly providing that paralegals are to be deployed in each of Sierra Leone’s 149 chiefdoms, the law ensures that a flexible and cost effective method of delivering justice services to large parts of the population will be available, in a country that doesn’t have a sufficient supply of qualified lawyers, especially outside the capital, Freetown. In addition to paralegals it also endorses university law clinics, civil society organisations and non-governmental organisations, alongside legal practitioners, as providers of legal aid services.

A network of community-based paralegals already operates across Sierra Leone, reaching eight out of twelve districts and the capital city Freetown, with a total of 76 paralegals across 33 locations, housed within a range of civil society organisations. As recently highlighted in this special video report, paralegals can help individuals and community members find practical solutions to concrete justice problems, using education, mediation, organizing and advocacy. Supported and supervised by a small corps of lawyers who can litigate intractable cases if necessary, collectively they provide a creative and flexible model to advance justice, even in the most remote of rural areas.

The paralegals bridge a gap between the formal law, government institutions and customary justice mechanisms, by virtue of their familiarity with local communities, informal systems and local power dynamics. Paralegals address intra-community breaches of rights (such as domestic violence and land disputes) as well as conflicts between people and their authorities, over issues such as corruption, abuse of authority, or failures to provide government services.

They strive to solve clients’ justice problems—demonstrating concretely that justice is possible—and at the same time to cultivate the agency of the communities among which they work.

This network emerges out of a model developed by Sierra Leonean NGO Timap for Justice since 2004, with support from the Open Society Foundations, and which, since 2009, has been scaled up across the country. The Open Society Justice Initiative, together with the government of Sierra Leone, Timap for Justice, the World Bank, the UK’s DFID and four other civil society organizations have sought to develop a national approach to justice services on the model formulated by Timap. To date however, this has merely been acting on an informal basis. The new law sets in place systems for Government recognition of such justice service providers, and paves the way for their integration into a comprehensive network of legal aid providers.

During a session on May 9, members of parliament noted the importance of the services provided by community-based paralegals in addressing the needs of their constituents, and expressed strong support for their inclusion in the bill.

The new law also integrates many of the principles contained in the Principles and Guidelines on Access to Legal Aid in Criminal Justice Systems which has just been adopted by the UN Commission on Crime Prevention and Criminal Justice (CCPCJ). For example, it recognizes the important role that paralegals can play in the criminal justice system, building on the results of a pilot project which was launched by Timap for Justice in 2009 with support from the Open Society Justice Initiative to demonstrate impact of strategic early intervention at police stations to minimize the harm that unnecessary pretrial detention inflicts (watch this video report following a Timap paralegal in Sierra Leone). These experiences were among the elements highlighted by Frank Kargbo, Sierra Leone’s minister of justice and attorney-general, in the discussions that led to the approval of the new guidelines. In the passage of this law, the government of Sierra Leone is now the first State to affirm its commitment to these principles by making substantial reforms at home.

Open Society Justice Initiative staff in Freetown have provided technical input into the legislative process throughout, with Sonkita Conteh, project manager and an advocate of the High Court of Sierra Leone, presenting the Bill during the pre-legislative session. Responsibility for the management of this work has recently been entrusted to Namati, a new international organisation dedicated to innovation and research in legal empowerment.

The bill will now be submitted to the president for his assent, after which the significant task of setting up the institutions will begin. Since it embarked on a process of law reform in the 1990s, Sierra Leone has scored high marks for passing important laws, but it has not been as successful in implementation. The success  of this effort has great significance for many places in the world: we hope that international assistance can be provided in a coordinated and strategic manner for the work ahead.