Homepages
Your trusted place for Sierra Leone and global news
Trending News
HomeCommentaryAt times, it can be hard 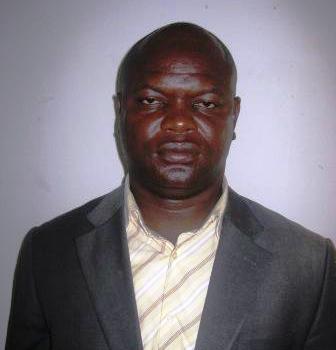 At some point in our lives, most of us face times that are extra stressful or that can even shake us to our core.  Such times can occur when one is faced with people whose activities are characterized by tomfoolery, egoism, insincerity, and in some cases shadiness: those elements can be so crafty and deceitful, that if one does not have the grace of God in him, they will succeed in their nefarious acts to see him down.  (Photo: Pasco Gerald Temple, author)

In his March 20, 2012 article, titled “Appointment of Bayraytay shows that APC Government is serious about its media outreach” the author, Reverend Leroy Wilfred Kabbs Kanu exonerated the Government Spokesman and Co-Government Spokesman for putting a brake to overzealous opportunists and self-proclaimed elements of the society who have been perambulating the length and breadth of the country under the guise of “spokesman/woman for Government”.

Without doubt, the action taken by the Ministry of Information and Communications is not only bold, but clearly shows that it operates within its mandate to not only inform Sierra Leoneans about the achievements of the President Ernest Bai Koroma led all People’s Congress (APC) Government, but also to sanitize the society.

It was a relief to some of us, because people who have no business with the Ministry and Information dissemination , have been so engaged, using nepotism and imaginary connections as a basis, to catapult themselves to positions where they do not belong, thereby intimidating hardworking and dedicated government employees as and when they like.

They will forget to note, that no matter how long their suppression, facts and evidence are so stubborn, that they (facts & evidence) cannot be altered by the dictates of the passion/s of any being.

There are some people whose dogmatism can take them anywhere: they can be so uplifted, that they will overstep their bounds, breach administrative rules and transform government offices in to an empire, wherein only people considered being generals of the Emperor, really matter.

Any sensible being operating as a government official in Sierra Leone today should be careful with his or her action/s because under the Presidency of His Excellency Ernest Bai Koroma, people with complicit conduct/s have no immunity.

Gone are the days when people with close fellow feelings will facilitate impunity in Sierra Leone for felons.

Even though they see signs and hear testimonies, yet they would not believe: Instead, some Sierra Leonean institutions within and outside the Country continue to practice their own type of system of administration which could be best described as a theory of George Orwell’s “Animal Farm”, where some animals including Napoleon the Pig, used force and intimidation to show his greatness and consolidate his power.

Even though the Attitudinal and Behavioral Change Secretariat, is working hard to impact on the lives of Sierra Leoneans, unfortunately some people are impervious to change.

Some elements within an institution will broke laws and tell blatant lies to not only implicate co-workers, but also to sabotage any of his/her colleagues who are bent on judiciously doing Government’s work.

But when their characters coupled with complicit conducts are threatened with the truth and reality, they will begin to tarnish the good image of very decent people, by blaming others for their weaknesses.

People, whom you had earlier trusted, will openly deny you like Peter the disciple and pretend like an airplane shooting stars in the sky. Their true colors are like a tomb, which outside is beautifully designed, while the inside is full of rotten bones.

‘Big Makit’ to showcase Salone at...

Payroll Corruption in Sierra Leone: The...