The people of Constituency 85 comprising of Kagboro and Timdale Chiefdoms, Shenge, in the Mayamba District, have stressed popular support for George S. Ndopo who they want to stand against the chances of the incumbent SLPPs Hon. Veronica Kadi Sesay in the November 17th pools.  (Photo: George S. Ndopo, the people’s choice & the man to watch)

They have called on the APC’s scribe Victor Bockarie Foh to think it fit to award him the symbol in a meeting that was well attended at the Kattar centre wherein representatives of the nineteen sections of Constituency 85 were present.

The sections include: Mono, Bompeh Toke, Tassor, Timdale, Mokabay and other sections. According Mr. Ibrahim Jalloh of Bompeh Toke section, they decided to call the meeting in order to communicate their views strongly to the powers that be that selecting who should represent their people in parliament should be based on the choices of their community people.

He said they will not allow anybody to impose candidate on them that they are not satisfied with. He pleaded with the APC authorities to award the symbol to Mr. George S. Ndopo, a man he called a ‘developmentally oriented man’.

“It is clear that we are disgusted with the way and manner in which Hon. Veronica Kadi Sesay has been with us. Since she represented us as a Member of Parliament, she has done nothing in line with our development aspirations”, he stated.

He said Mr. Ndopo is an octogenarian and is being supported by hundreds of persons in that community.

Speaking in one tongue, the women and youth wings of the constituency said they are in full support of Mr. George S. Ndopo candidacy bid upon the solid fact that because he played a role in developing the education sector in that community.

It could be recalled that government in 2007 sent Mr. George Ndopo in a rescue mission. The mission is to make sure that the Howard Memorial Secondary School is put in its right shape. The school before his appointment does not have any structured administration and have not been partaking in public examinations.

History has recorded so many untold stories including lost of lives of many children who moved from Shenge town during the rains in order to take public examinations.

“Just within two years, our children are now partaking in all of these public examinations with out travelling by sea or road. Now their lives are safe. That is the work Mr. George S. Ndopo”, Mr. Ibrahim Jalloh explains. 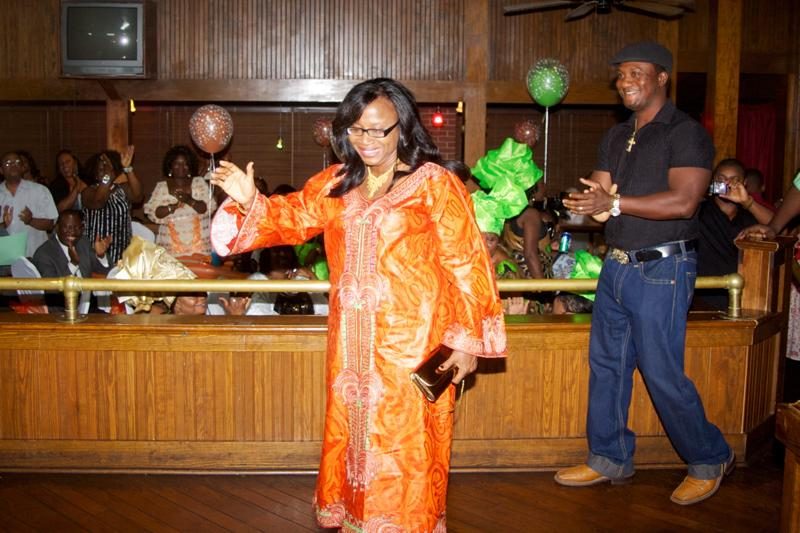