In what is being promoted as the first partnership of its kind, millions of mobile phone owners in Africa and the Middle East will soon have free access to Wikipedia, an online encyclopaedia. Wikipedia is available for free on the internet, but to access it, mobile phone users have to be enrolled in a data plan that can be costly for most people, especially in low-income African countries.

A leading French mobile company, Orange, has struck an agreement with the Wikimedia Foundation, a non-profit organization that operates Wikipedia, to provide mobile subscribers access to the digital encyclopaedia without incurring additional costs on their internet data plans or subscription fees. The service is being launched throughout 2012 and will be available in both urban and remote parts of Africa and the Middle East. Orange has operations in 15 African countries and five in the Middle East.

According to a joint statement by Orange and the Wikimedia Foundation, any customer with an Orange SIM card and mobile internet-enabled phone will be able to access the Wikipedia site either through their browser or an Orange widget or software application. This will give users “access to the Wikipedia encyclopaedia services for as many times as they like at no extra charge as long as they stay within Wikipedia’s pages.”

According to information on its website, Wikipedia “is a free, collaborative, multilingual internet encyclopaedia.” The website has more than 21 million articles (over 3.8 million in English alone) that have been written by volunteers around the world. Most of Wikipedia’s articles can be edited by anyone with access to the website.

“Wikipedia is an important service, a public good — and so we want people to be able to access it for free, regardless of what device they’re using,” said Sue Gardner, the executive director of the Wikimedia Foundation. “This partnership with Orange will enable millions of people to read Wikipedia, who previously couldn’t.”

The group executive vice-president for Africa, the Middle East and Asia at Orange, Marc Rennard, said, “In countries where access to information is not always readily available, we are making it simple and easy for our customers to use the world’s most comprehensive online encyclopaedia.”

While Orange has 70 million customers across Africa and the Middle East, the free service will be available only to users — currently about 10 million — who have mobile phones with 2G or 3G capability to access the internet. The French mobile operator expects to expand the service to 50 per cent of its customers by 2015. But since the deal with Wikipedia is not exclusive to Orange, similar arrangements with other phone operators in Africa, currently the world’s fastest growing market for mobile phones, are likely to be struck in the future.

This week in: English Football – U...

Mobile phones are getting smarter... 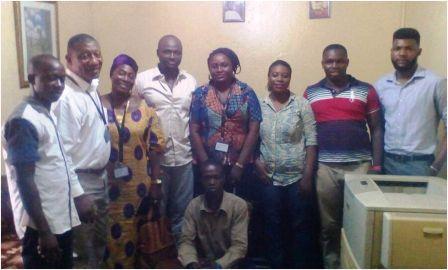