As Sierra Leoneans strive towards nurturing a sense of patriotism they have chosen to engage the populace on civic education to in turn cultivate a sense of self awareness in serving their country. Sierra Express Media’s Acting Editor, Abu Bakarr Sulaiman Tarawally asked Mohamed Kamarainba, President of Patriotic Sierra Leone (P-SL) what the price of being patriotic is.  (Photo: Mohamed Kamarainba)

SEM: How did you come by the initiative to establish the Patriotic Sierra Leonean?

Mohamed: During the event marking the country’s golden jubilee in its 50th, anniversary, we noticed one spirit of nationalism which solidified our passions of being Sierra Leoneans. We saw a sale of national pride and the green, white, and blue. So when we got back to the United States of America we thought of this show of patriotism greatly and decided to establish the Patriotic Sierra Leone organization (P-SL). We are a non political and none partisan organization founded in October of 2011. We came home to launch the organization on January 5.

What target of activities have you lined up to showcase this much talked about patriotism?

We started with a adopt a road program to help clean the roads, litter, gutters off, and clean our various environments. Also we initiated a one dollar per day initiative that hosted plans on how we should deliberate on the issue of patriotism further. We did also embark on sensitizing Sierra Leoneans on the essence of peace and tranquility.

Also in our lined up program of a million patriots march scheduled for Saturday, March 31st, we have scheduled to take off from Up-gun turntable to the National Stadium on the theme: ‘Taking ownership of Sierra Leone,’ we handpicked this concept to let Sierra Leoneans know that Sierra Leone belongs to all of us, its citizens. We are not marching to thank President Koroma, but marching to showcase our patriotism to mama Salone. We shall be discussing the role of personal responsibilities of Sierra Leoneans as citizens in our follow up programs as we want to send awareness messages to all and sundry in the country.

Yes we thought it fit to exhume this aspect of self awareness as being patriotic means one should have a sense of responsibility and belonging. We’ve gone further to inform the Minister of Social Welfare, Gender and Children’s Affairs and the Minister of Education Science and Technology about plans for us to put topics together into books and booklets on the concept of patriotism and love for country because from all indications, we notice that targeting at school level we will catch the young on this awareness level who in turn shall be the real agents of change and its transformation.

What values does this have in creating a sense of belonging?

It helps a lot in making and shaping the responsive attitudes of the citizens as it builds in them a sense of advocacy and a sense of belonging. Nationalism and patriotism are not comedies one could buy, they are in built virtues in persons born within a particular country for which its sense has only to do with belonging to the soil.

Whom are you targeting?

What more should we know about Patriot Sierra Leone?

Like I said Patriotic Sierra Leone means a lot to Sierra Leoneans. Like our motto says: “Land that we love, our country Sierra Leone”, we are organizing a million patriotic march to tell everybody that we are peace loving citizens and that the brutal eleven years civil conflict the country witnessed came as a mistake which we’ve laid in the past already to clearly demonstrate our renewed unity peace and harmony.

We are contemplating together with the Ministry of Local Government and Rural Development on how we can incorporate the adoption of a patriotic cleaning act into laws of the government that will see us as Sierra Leoneans clean our various environments in a show of patriotism and love by the end of every week and see how we can defeat malaria for the sake of our unborn generations.

Also we are scheduling a political debate to take place at the Bintumani Hotel sometime next week wherein Sierra Leoneans are going to be given chance and opportunity to ask pertinent questions to our political leaders on their methods and styles of governance and how they are being governed – in other words they are going to ask questions that will hold our leaders accountable as well as paving the country’s ways to a clear democratic practices that are healthy to moving it forwards. The debate will enhance a situation whereby the politicians will discuss their manifestos in a people’s debate perspective emanating from topical questions the citizens will be asking.

How do you intend to use the resolutions coming from such debates?

They are going to be preserved as case studies in the archives of national history relating to politics to be used by political scholars as a reference point in taking our breakthrough as a nation. Also the resolutions would be used as a source of educating the public, especially those citizens who are not privy to classified information would have deal in the affairs of the government and those in governance through their participation.

How are you able to sustain this organization?

We are a self-running entity and I’m doing the anus of funding all of our activities; save for the fact that we have another brother, Sallieu Conteh a resident of Boston in the USA who often shows commitment and has boosted this organization a lot with funds and materials.

What is your current membership strength?

We currently have membership strength of over five hundred Sierra Leoneans, both at home and abroad. 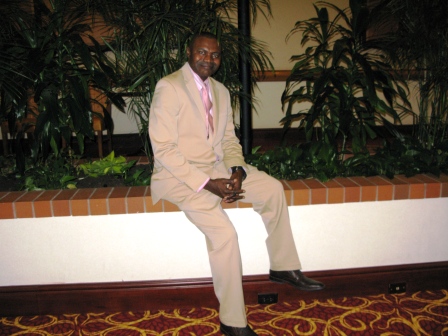 What are our values and patriotism? 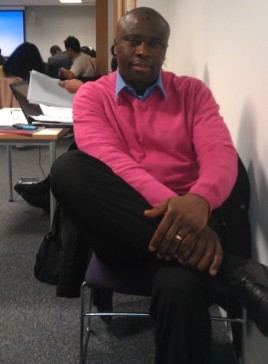 What have you done for your country?