During their second appearance at Magistrate Court 2 Thursday 26th to answer to charges of traffic violation, using threatening, abusive language, unlawful possession of firearms and manslaughter, etc/, one of Sierra Leone’s Hip Hop stars LAJ (in photo) was granted Le 10 million bail and Big Fish refused owing to the fact that he is answering to a felonious offence of manslaughter.

LAJ was granted a bail on the basis of the offences preferred against him – traffic violation and use of threatening and abusive language.

And Big Fish on the other hand was likewise granted bail on two offences –  violation of traffic and riotous behavior, but refused bail on the offence of manslaughter.

Soon after Magistrate Herbert Davies Cole’s adjournment of case on charges of traffic violations against Alhaji Amadu Bah aka LAJ and Mohamed Massaquoi aka BIG FISH they were regretfully observed shedding tears in court.

In testimony, detective police constable 8709 Sorie Ibrahim Kamara told the court that he is an investigator attached to the homicide/breaking and robbery syndicate at CID.

He said he was in company of the team of CID personnel that arrested both LAJ Big Fish on 17th January.

He told the court that a gun allegedly owned by LAJ was retrieved by the police during the investigation.

Leon Jenkins Johnson and Abdal Timbo all lawyers representing the accused applied for bail, assuring the court that their clients are reliable and will always present in court as and when needed.

Accused Big Fish is to appear today to answer to the offence of manslaughter and shall together with LAJ appear Tuesday 31st.

Koroma’s Diary - His Government of... 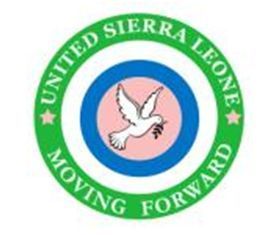