The local council elections in Constituency 104, Ward 369, held Saturday 14th, and which saw the SLPP clinching victory by a slight margin over the APC, was flawed with brutalities; APC’s Lansana Fadika (in photo)  and SLPP’s Mohamed Mansaray Kanu, and others were cruelly injured.

Disclosures are that an attempt by Fadika and team to enter polling centers at the Laura Dove School was apparently meted with stiff resistance by the police.

That as he (Fadika) retreated with his boys; he decided to use Canteen Street which houses the residence of the constituency chairman of opposition SLPP, Abdul Aziz Carew.

An atrocious encounter reportedly took place between boys of APC Fadika and those of SLPP Abdul Carew.

The encounter, our reporter disclosed, witnessed the use of invectives by followers of either sides (APC and SLPP) thus the resultant use of weapons hence the stabbing of the newly recruited APC big man Fadika.

An additional attack also witnessed the breaking/fracturing of the left hand of the victorious SLPP candidate Mohamed by tagged supporters of Hon. Liwally at one of the nine polling stations at the Laura Dove School.

“I was at the Laura Dove polling center to cast my vote but was confronted by Hon. Liwally and a group of men.

He identified me to the group as the SLPP candidate contesting for the local council elections in Constituency 104, Ward 369,” Mohamed told our reporter.

“The group unexpectedly rushed at me and began beating me until eventually they succeeded in breaking my left hand.”

Our reporter was unable to talk to Fadika, but was told he was later admitted at the Davidson Nicol Hospital where he was reportedly responding to treatment.

Others, who do not have any business in mainstream politics, but were at polling stations to vote, unfortunately bear the brunt of election brutalities, thereby sustaining wounds, though minor.

Fadika, our report points out, was at the Princess Christiana Maternity Hospital (PCMH) for treatment, but was refused.

He was later rushed to the government Connaught Hospital where ultimately he received treatment.

Fadika was one time member of the SLPP; rose to the position of Western Area Chairman, but resigned in late 2011 shortly after the election victory of Retired Brigadier Julius Maada Bio as the party’s Presidential flagbearer for the 2012 elections. 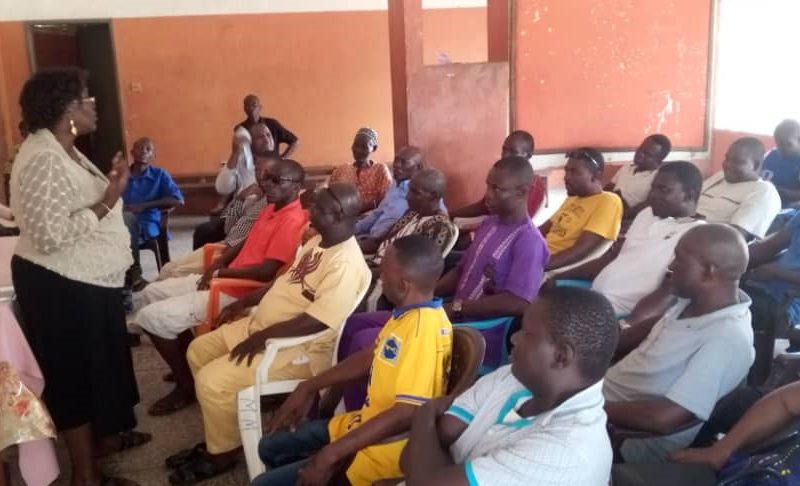