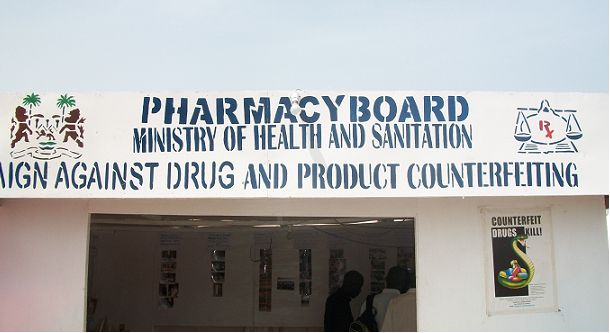 The World Health Organization (WHO) through the Pharmacy Board of Sierra Leone and other stakeholders in healthcare in the country has funded the repeal the Pharmacy and Drugs Act 2001, a move that is geared towards the effective and adequate protection of public health in the country.

Stakeholders gathered at the Hotel Mariam on 13th and 14th of December 2011 to look at proposed amended sections Act, a process that has been ongoing for the past six months. The proposed repeal of the Pharmacy and Drugs Act 2001is the initiative of the Drug Safety Partnership and the Ministry of Health and Sanitation through the Pharmacy Board of Sierra Leone as part of the overall goal for health safety precautions in the country.

The Director of Drugs and Medical Supplies who also is the Chairman of the Pharmacy Board of Sierra Leone Mr. Bassie SR Turay extolled the need for the repeal of the law as according to him the protection of the health of the general public can only be effective if the laws regarding it are adequate enough. He called on all taking part in the deliberations to do justice to the document for the betterment of the Sierra Leonean Public.

Representative of the World Health Organization Mr. Momodu Sham registered the need the need for Drug Regulatory Laws to be effective and adequate if the health safety of the general public is to be guaranteed.  He mentioned that reforming drug safety laws is a priority in healthcare trends throughout the world and that Sierra Leone must not be left out, most especially when the country has been making invaluable strides in primary healthcare in the past two years.

President of the Pharmaceutical Business Association of Sierra Leone Mr. Ethelbert Williams registered the support of the Business Association to ensure that the process of the effective regulation of the Pharmaceutical Sector in the country is achieved and maintained. Mr. Williams remarked among other things that repealing the laws will help legalize all those that trade in the Medicines and Pharmaceuticals which according to him will not only help the business people but will also ensure that people stop dealing in counterfeit products and at the same time government will be able protect the health of the public and also get the much needed revenue generated from the sector.

Head of the Drug Regulatory Agency, Pharmacy Board of Sierra Leone Wiltshire CN Johnson explained that “the quest to have proper and effective Drug Regulatory Laws has been a long and hideous journey” but thanked all stakeholders in the drug safety partnership, the World Health Organization and the Government of Sierra Leone for giving the necessary support to his agency to make sure that the health of all and sundry is protected. Johnson thanked all for patronizing the Board in the issue of drug safety and hoped that “soon we will see an environment where-in the law is able to make sure that our healthcare service delivery is safety to a very large extent”.

In the Line of Duty

Pharmacy Board in Capacity Buildin... 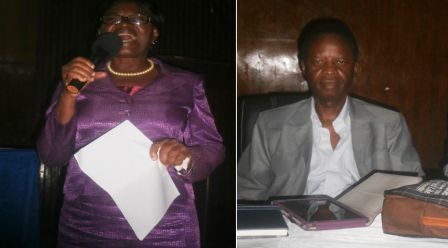 Waterloo Wallows in Sub-standard and Nar...

Pharmacy Board in Capacity Building