Leaks from within ranks of senior State House officials say nonetheless that President Koroma has resolved announcing his running mate in December 2011; and the Konos are reportedly threatening ‘quit’ should their brother, Vice President Sam Sumana not be given a second term and chance.

The governing All Peoples Congress (APC) party, we are told, battles over the issue of running mate, and are scalry losing votes of the Konos if President Koroma insists appointing any of the alleged southeastern politicians – Musa Tarawally or Joseph Bandabla Dauda as running mate in place of VP Sam Sumana.

It is a fact that President Koroma’s 2007 election victory came owing to votes of people of Kono District, a constituency owned and belonging to the current APC Vice President.

VP Sam Sumana, unlike Musa Tarawallie and J.B Dauda (all Ministers in the APC government) has the support of his Kono people and it was for his sake that President Koroma merrily went side by side with opposition SLPP in the contest for Presidency in the 2007 election.

Information has it that President Koroma is aware of the ramifications if he chooses the wrong person as running mate for the 2012 elections, and therefore has resolved playing safe the rules, so as not to hurt anyone nay hampering his chances of becoming the next President after 2012.

By the look of things, a political analyst said, the path to the Presidency in 2012 is seemingly not easy at all and that the choice of running mate of Presidential candidates of the two main political parties (APC, and SLPP) is surely guarantee of victory.

Some names that have surfaced so far in President Koroma’s camp and are now the subjects of debate in streets, bars, public and private offices, are Vice President Sam Sumana, the Minister of Foreign Affairs J.B Dauda, the Internal Affairs Minister Musa Tarawallie, the Deputy Speaker of Parliament Hon. Chukwuma Johnson (allegedly being overpowered by body fat), the Kono District Council Chairperson Diana Konomanyi, and Professor Richard Baryoh.

Investigations confirm that the current Vice President is likened by his Kono people, he has a constituency and has established a genuine management character.

He has represented the President at international and national forums thus returning home with laurels and has been a subservient lieutenant to his boss.

Unlike J.B Dauda, who has held several positions of trust in the country, but is considered an unpopular and less powerful politician able to break ranks in strongholds of the APC in the Eastern Region.

Musa Tarawallie, one time Member of Parliament of opposition SLPP, and now the Minister of Internal Affairs is practically known for his involvement in alleged brutalities.

Diana Konomanyi who was voted as the new Kono district council chairperson but is virtually an unpopular choice in the eyes of the Kono people.

Facts as investigated have shown that Vice President Sam Sumana is apparently the best and sure candidate for running mate to President Koroma, but rumours spilling the rounds suggest otherwise.

The AU Commission, OHCHR and the U... 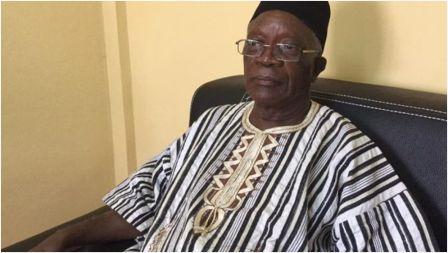 J B Dauda Once Believed ‘Country First B...