One time Ambassador and former Deputy Minister of Defence, Joe Blell Wednesday 16th was in court as a plaintiff pursuant to a complaint of conspiracy to commit a felony and housebreaking and larceny against one Momodu Kargbo.

The accused who currently takes rest at the Central Maximum prison at Pademba Road, stands in the wrong and is answering to the allegation of conspiracy to commit a felony, house breaking, and larceny of treasures allegedly worth Le 57,465,000 property of Ambassador Joe Blell.

In his testimony at court No. 1, presided by Magistrate Davies Cole, Joe Blell told the court that he was at his work place at Percival Street at exactly 11 a.m. Monday 31st when he received a phone call from one of his house helps that a thief has been caught at his residence.

He said however that after receiving the call he immediately informed the police, who together with his office assistant reached the scene of crime at Hill Station.

“When afterward I got to my house I discovered that my briefcase and suitcases have been ransacked,” Joe Blell said.

“I wasted no time but told the police officers that visited the scene of crime to meticulously take inventory of items discovered.

I then took an estimated cost of the items that were missing, which amounted to a cumulative value of Le 57,465,000.”

The lawyer representing the accused, C. Fio Edward, during cross examination asked the complainant tricky and confusing questions such as: “Mr. Blell, were you present when the accused was caught at his house stealing? And did you in fact see the accused being locked in one of the rooms at your house?”

He later applied for bail for the accused, but bail was refused on grounds explaining the severity of the offence and the need to first get the versions of parties concerned to be able to determine whether to grant bail or not at all.

The accused was nevertheless remanded in custody while the matter is adjourned to Friday 18th. 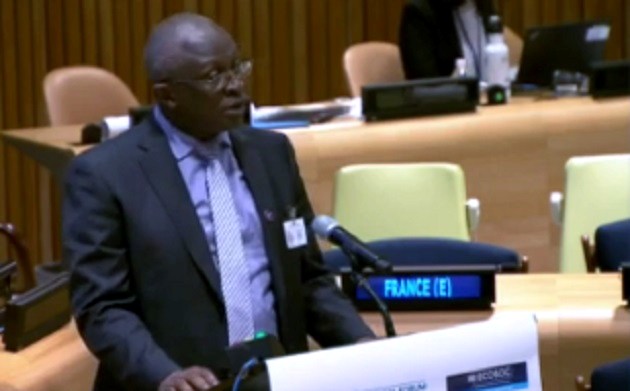