Homepages
Your trusted place for Sierra Leone and global news
Trending News
HomeLife and EntertainmentSecret Past: A Sierra Leonean movie set to premier in the USA

Secret Past: A Sierra Leonean movie set to premier in the USA

Secret Past: A Sierra Leonean movie set to premier in the USA

Mohamed Bah, a Sierra Leonean by birth with over ten movies to his credit, six of which were major hits around the World is delighted to take the lead in the United States as a force to be reckoned with. All of which were done alongside some of Nollywood’s biggest stars -Van Vicker, Pascal Atuma, Ramsy Noah to name a few.  In the business of acting and movie production, Sierra Leone has always taken a backseat to their West African neighbors. And, for far too long, Nigerian and Ghanaian movies have dominated the four-walls of most African homes in the U.S. thereby fiercely competing on level terms with most soap operas and other daytime movies. With the debut of Secret Past, there is bound to be a turn around. It is about time that Sierra Leoneans begin to compete for a slice in the movie pie.

To name a few of Mohamed Bah’s familiar hit movies include “THE OTHER SIDE OF LOVE” (starring Nigerian super star Ramsy Noah) in which he played the role of the F.B.I. agent who was trying to track down an illegal money wired transfer to Africa. “THE BET” (starring Ghanaian superstar Van Vicker ) where Mohamed played the role of the husband who cheated on his wife and was later busted. In “THE GOVERNORS GIFT” (starring Jim Ike and Tonto Dike and Pascal Atuma) he acted as the doctor.  In the “CAGE” (staring Desmond Elliot) he played the rich business man who tried to buy love with gift of Bentley car. In “THIS IS HOUSTON” (starring Ini Ido ) he acted as the body guard for the family. In “ROYAL DILEMNA”, His role was the head of security to the boss. “THE LAND” (starring Van Vicker) His role was as one of the demons who rose up to fight but was destroyed at the end of the movie.

In other movies like “PASTORS WIFE”, “HEAVEN WILL BE ULL OF SURPRISES”, “ONE LIFE TO LIVE” and FAMILY MATTERS he played minor roles in them.

NOW is the time to show case Sierra Leonean talents in their latest movie SECRET PAST.

SECRET PAST will be premiering in Houston and Dallas, Texas, Atlanta Georgia, Ohio, Washington DC, Virginia, and Maryland soon. Other arrangements are on the pipeline to add Phoenix, Arizona, Boston, and Philadelphia to the all impressive list of cities. International premier in Sierra Leone, Nigeria, and The Gambia are all set for next year.

Nollywood is the third fastest growing film industry behind Hollywood and Bollywood and Sierra Leoneans cannot afford not to be part of such a success.

Get ready because Secret Past is a “Must see” movie. Catch a Movie Rising Star in the United... 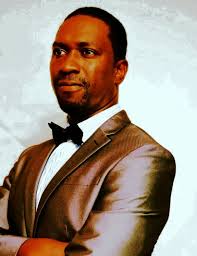