Skye Bank plc has been implicated in N3 billion frauds.  The bank was accused by Top News Nigeria of swimming in troubled waters.

“Barely weeks after stories went to town that its Managing Director, Durosimi-Etti risk being jailed, the bank has again plunged itself into another controversy,” Top News says.

According to documents available to Top News, Skye Bank plc was accused of conspiring with a Lagos billionaire to issue a false bank guarantee in a deal worth over N3 billion, thereby putting the victim in jeopardy.

The allegation however reflects unusual happenings observed in the recent past at Skye Bank Sierra Leone.

It is a fact that some months ago the Criminal Investigation Department (CID) has had persons in their custody for allegedly conspiring with staffers of Skye Bank Sierra Leone to fraudulently withdraw millions of leones from the bank by using fake cheques.

Top News also revealed that while the bank (Skye Bank plc) still struggled to save itself from two of the 5-count charge against it; the bank again, has been enmeshed in another fraud.

“It was gathered that a cloned Skye cheque belonging to the Ministry of Establishment in Nigeria was honored without the bank’s verification,” Top News revealed.

“The fraudulent cheque with No. 000738 to the tune of N26.7m in favour of Olu Obafemi was not verified by the bank yet the fraudster cleared it through his account.”

“To make matters worse, the confirmation schedule is believed to have been handled by the bank’s Head of Operation has developed wings and could not be traced in the Bank’s file.”

Also, another N23.8m also got cleared cheaply without proper letters of authorization from the ministry.

The newspaper report says there are indications that the fraudsters that issued the cheque may have had accomplices within the bank, who practically may have facilitated easy clearance of the fraudulent cheques without proper confirmation. This, a source told Top News, has made depositors funds insecure with the bank.

It is a fact though that similar incidence occurred at Skye Bank Sierra Leone.

That staffers of the Sierra Leone bank conspired with outsiders in the use of fake cheques to withdraw millions of leones from the bank.

Some month past, number of suspects has had their names in crime list of detectives at the CID helping them in their investigation of an alleged withdrawal of millions from Skye Bank Sierra Leone using a fake cheque.

Top News however stated that some of the staffers of the Skye bank plc, at some point, have been hosted by the Special Fraud Unit at Milverton Road, Ikoyi-Lagos while the matter has since been transferred to court awaiting appropriate action. 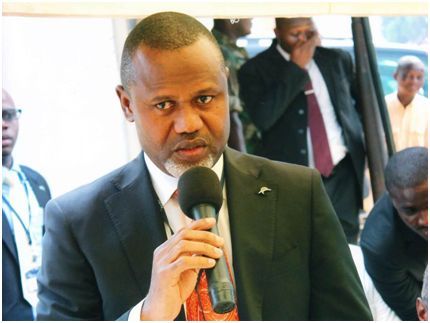