The Human Rights Commission of Sierra Leone will tomorrow Wednesday start its first Public Hearing on a matter between 235 ex-soldiers of the Republic of Sierra Leone Armed Forces (RSLAF) against the Ministry of Defence and RSLAF at the YWCA New Hall.

The HRCSL received a complaint from the ex-soldiers on April 23rd, 2009. These Soldiers alleged in their complaint to the HRCSL that they were recruited in to the RSLAF on various dates and served for periods ranging between 3 yrs and 40 yrs up to 2008. During their service with the RSLAF, they alleged that they were involved in active combat duties of various kinds during the civil war in Sierra Leone which ended in 2001. The Soldiers complained that in 2008, they were discharged from the RSLAF as ‘chronically ill and mentally imbalanced’.

The complainants stated that they were not happy with the nomenclature, “chronically ill and mentally imbalanced”, which they considered to be inappropriate, and as a result, they cannot secure jobs with potential civil employers.

They also complained that some of them were initially under the category of “Wounded in Action” (WIA), but they were later placed in the “chronically ill and mentally imbalanced” category hence got less benefit when they were laid off.

They claimed that they were forced to take a medical check up only to be later categorized as chronically and mentally imbalanced and that they felt disowned by their former employers considering the type of service they have rendered to their country. They stated that they viewed the action of their authorities as unfortunate and for failing to adequately articulate the breakdown of their discharge package.

According to the Senior Human Rights officer, Mohamed T. Fofanah, a resolution was met for a public hearing in accordance with the Human Rights Commission of Sierra Leone’s  Complaints, Investigations and Inquiries Rules, 2008 (CII Rules), when all avenues of resolution dictated by the CII Rules 2008 (Mediation and Conciliation) had failed. He stated that the hearing would be conducted in line with Rule 42 of the CII Rules 2008, which prescribes how such hearings should be carried out.

Fofanah pointed out that The Commission’s panel will have the powers of the high court but that the panel will observe the rules of natural justice and would not be bound by any legal or technical rules of evidence applicable to proceedings before the courts and all investigations and proceedings shall be conducted informally but with fairness to both parties.

Giileh nominated for Best Female A... 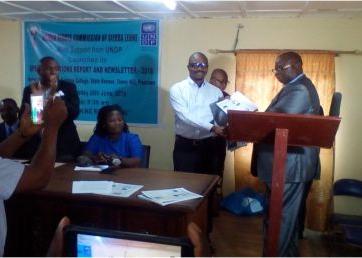 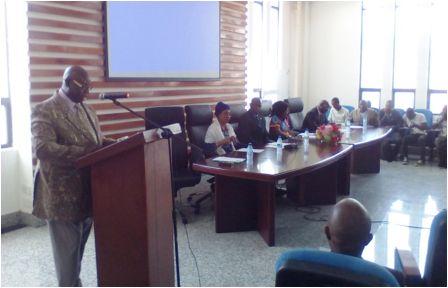