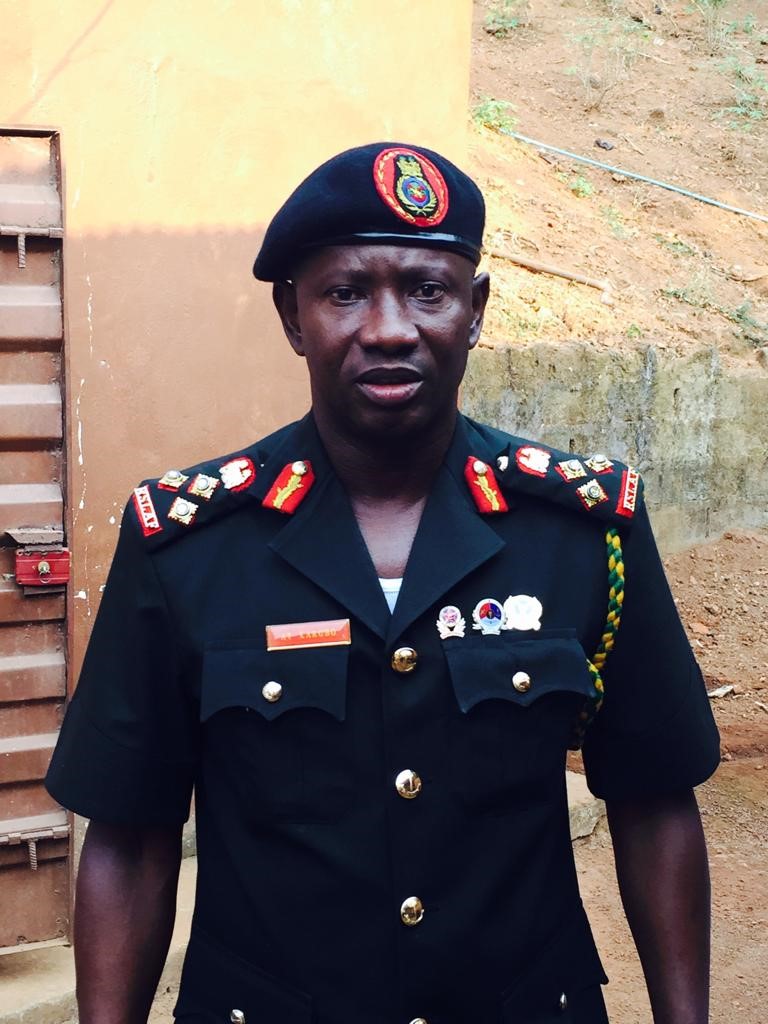 A very Senior Officer of the Republic of Sierra Leone Armed Forces (RSLAF),  Brigadier General A.Y. Kargbo (in photo), has suddenly  resigned from the military and fled the country in what many military observers refers to dash for his life. Brigadier General A.Y Kargbo is not readily available for comments but what this medium has learnt is that he has not had an easy relationship with President Julius Maada Bio since the latter took office in April 2018.

It could be recalled that on the day of the second rounds presidential polls in which President Bio was a candidate, Brigadier General A. Y Kargbo and the entourage of the then Presidential candidate Julius Maada Bio had an altercation at the polling station. Brigadier General AY Kargbo was the then Commander, 3rd Infantry Brigade responsible for security in the Western Area including the Presidency.

The troubles of Brigadier General A. Y Kargbo started when the Secretary General of the then Opposition (SLPP) now governing, Mr Napoleon Koroma at a press conference on Monday 2 April 2018, clearly accused the RSLAF of “an active plan to assassinate the presidential candidate of the SLPP, Brigadier Julius Maada Bio “.

Immediately President Bio was elected President of the Republic of Sierra Leone, Brigadier General A.Y Kargbo was unduly removed from his Command appointment as 3rd Infantry Commander and posted to MOD as Assistant Chief of Defence Staff Gender and Equal opportunities. He was later suspended from work in June 2018, following a Board of Inquiry to investigate an alleged arms and ammunition discrepancy including Capt. PE Kamara and others.

During this period of suspension, Brigadier General A. Y Kargbo was prohibited from travelling   beyond Waterloo  in the Western Rural District  of Freetown confining him to a 60 kilo metre square feet space.

His suspension was lifted in May 2019 after almost a year and the Minister of Defence directed the CDS in an official document to post Brigadier General AY Kargbo to Peace Mission Training Centre (PMTC) as Commandant an appointment established for a Colonel. He was essentially demoted.

Brigadier General A.Y Kargbo has served the RSLAF for 31 years and fought the 11 years brutal civil war and was wounded in action. Given his involvement in the NPRC military junta that executed summarily without cause including senior military and police officers with Northern descent like Col. Yaya Kanu, Col. Kawuta Dumbuya and Inspector General of police Julius Bambay Kamara, no one would blame Brigadier General A. Y Kargbo, a northerner, for abandoning the military he so gallantly served and run for his life.

There are very strong indications that more senior military officers will resign in the coming weeks and months.