A segment of media practitioners Wednesday 4th May, went baffled over deceitful comments of the Minister of Trade and Industry on the existing fuel stalemate.

“There has been no increase in pump price of fuel. Of course, there was a reduction in the level of subsidies provided by government,” the Minister in charge of Trade and Industry Dr. Richard Conteh lamentably said.

“As at present, government spends thirty six million dollars on the purchase petroleum product every year,” He said.

He further said that the transformation from ‘imperial’ to ‘metric’ nay ‘gallon’ to ‘litre’ is by no means any strategy for national disorder, but a change that will bring benefit to Sierra Leoneans.

He however pointed out that there is no need for oil marketers to hoard fuel, as he puts it, “there is no shortage of petroleum products at all.”

“It is dangerous storing fuel at private residences owing to the dangers it might render to the lives and property of individuals” he warned.

Minister Conteh maintained there is sufficient fuel which he believes will ably and capably supply society for the more six weeks.

He affirms his ministry’s stance on dealing with persons found engaged in the selling of fuel illegally, or at unsafe and unsuitable corners.

He said government will do all in its power to make certain the availability of fuel at filling stations countrywide.

Disheartening though is public’s disagreement over the addition of five thousand leones on the price of fuel, using the adjusted imperial to metric system as a yardstick.

Information reaching this press states that the price of fuel may have been increased weeks before the April 27th Independence Celebrations, but was halted owing to government’s assuages to the desperate oil marketers.

Unconfirmed disclosures indicate that government receives a ‘behind the scenes’ percentage from oil marketers anytime an increase is made on fuel oil prices.

A taxi driver that spoke to our reporter accused government of imposing a system on them.

“We are in a democracy. Government has no right introducing a system that has not got the approval of the electorates,” Abdul a commercial driver angrily said.

As at press, it is still not clear whether government intends reverting its action of intentionally shifting from ‘imperial’ to ‘metric,’ or superimposing the newly adopted system (metric) on society. 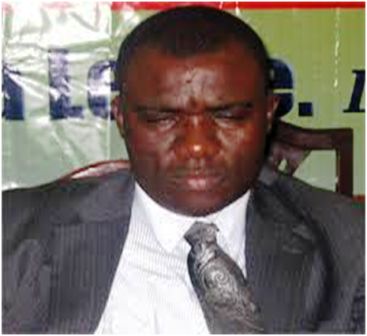 On the Sporadic Fuel Queues in Sierra Le...