It is going to be another weekend for clubs participating in the CAF Confederation Cup as crucial second leg ties kick off at different stadiums across Africa.  (Photo: Ports Authority FC)

Saturdayafternoon at the National Stadium, Ports Authority who lost the first leg 2-1 in Dakar are set to overturn that defeat when they lock horns with their counterparts, Toure Kunda Footpro of Senegal in Freetown.

Coach Christian Cole has assured his team can show resilient by eliminating their opponents and progress to the next stage. “I’m satisfied with the way the boys have response to training since we return from Dakar.”

“They have shown character and I think they are going to surprise Sierra Leoneans by eliminating their opponents and eventually proceed to the next stage,” Coach Cole said.

The Captain of the Water Front Boys, Muwahid Sesay in a confident mood said they will sail through to next round of the competition.

“We are stronger, well composed and focused. The fact that we scored an away goal in their turf has given us hope and motivation, we just want the fans to rally behind us as we representing Sierra Leone,” Muwahid appealed.

Even though Ports Authority left the Demba Diop stadium in Dakar with their heads up, Toure Kunda’s Coach, Lamine Sano said the battle is not yet over. The Senegalese coach who was speaking to the Media after their 2-1 home win, said, he was pleased with the outcome of the match and despite conceding a goal nobody should write them off.

Coach Sano maintained that the match has just played for 45 minutes adding that the real battle will be in Freetown at the national stadium where they hope to fight with grit.

“I consider the first leg in Dakar as a 45 minutes match and we are going to show our opponents what we are capable of doing.

“We made terrible mistake by conceding a goal. Before the match I appealed to the boys not to get panic or play under pressure because I knew as new comers with less exposure there is the possibility. There is hope and one cannot tell what the outcome will be. In Football anything can happen any moment, “Coach Sano said. 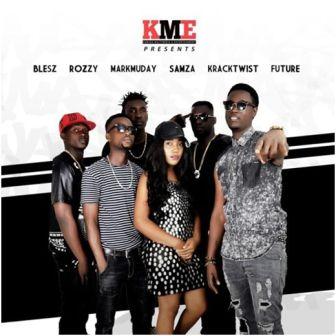