Head of Government Asset Commission Unisa Alim Sesay aka ‘Awoko’ has said in Freetown that the commission is bent on changing what used to tag government to be lacking the maintenance culture of property and assets under its control. Through the mandate given him and his commission, all property belonging to government will now be taken care of in the appropriate manner.

The Chairman told Sierra Express Media that the President, through the Asset Commission, intends to put on record all government assets, lands, fixed structures – like government offices, quarters; public facilities and recreational areas under the supervision of the commission in a bid to discourage misuse of public facilities.

The Chairman Unisa Alim Sesay aka ‘Awoko’ said one area of emphasis in the President’s call for attitudinal and behavioral change is the attitude of citizens towards government assets and property. People take carelessly to what belongs to government and make nonsense of it at any given opportunity with the nonchalant retort that after all it belongs to the government. He acknowledged that the government has very limited provision for housing for its workers. People, he said, have all these years been taking advantage of the lethargy of previous governments towards public assets and have taken over quarters meant for civil servants and subjected them to gross misuse and squalor.

“The President through this commission wants to reverse these happenings through the powers vested on us as a statutory body to control and man the affairs of all public assets,” Mr. Sesay said speaking to Sierra Express in Freetown. “Our primary aim” he added “is to discourage such attitude both from public servants and the general public as well and to redirect such in the way that the government is not seen spending money on infrastructure and not benefiting from it,” Awoko impressed.

The chairman and his commission have an set example on what they plan on implementing by renovating the building housing their offices at New England Ville, also housing the Ministry of Works. News from the commission states that a series of meetings have been held on how to retrieve government quarters from squatters and allocate such to some of the many civil servants currently pestering the commission for quarters to be allocated to them.

Not working in isolation, the Chairman and Members of the commission have been able to make some headway in the restructuring of policy and attitude in the use of government property. Another area of improvement Awoko said his commission is targeting is abandonment of vehicles and other properties imported into the country where owners default on payment of custom tariffs. 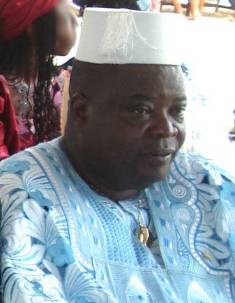