In his opening speech, the Director of NAS, Dr Brima Kargbo, told participants that 2010 was a year of success for his organization, noting specifically that it was at that time government received the MDG Award.

He said that over the years NAS have been developing strategic plans (2006-2010), which he says, was always funded by the Global Fund.

“NAS has also developed another strategic plan for 2011 to 2015, which is also funded by the Global Fund,” Dr. Brima Kargbo said.

“The Global Fund over the years realizes that organizations have not lived up to expectation on the issues of training. This was so because they have had no time monitoring the conducts of trainings countrywide. 2011 is different. All training will be audited,” he emphasized.

He further said that Global Fund has concern for people living with the disease. That the fund provides support for them.

He however suggests the need for a multi sectoral approach in the fight against HIV/AIDS in civil society and community based organizations complementing moves to combat the epidemic.

He added, “if NAS wants to remain at grade A, it should to abide by the rules and submit reports on time to enhance the effective implementation.  With this NAS will easily source more funding and go about achieving the three zero objectives nay ‘zero to new infection,’ ‘zero to stigma’ and ‘zero discrimination.’

The Chairman Country Coordinating Mechanism, Dominic Lamin, emphasized on the phrase ‘complete and timely reporting,’ adding that it should be a watch word to both the CCM and Global Fund in the discharge of their functions.

It could be recalled that during the last visit of the portfolio Manager in December of 2010, she expressed concern over the number of sub recipients and recommended for a sizing down of recipients.

He said any sub recipient that reports late on two consecutive quarters should be automatically dropped.

He however thanked the NAS Director and team for their tireless efforts in the augmentation of the round 9 seminar as it was never an easy task.

He commended the NAS Director and team for their efforts in making the seminar a reality.

He admonished all to work hard as was always the case. 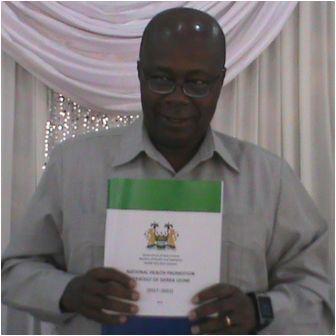 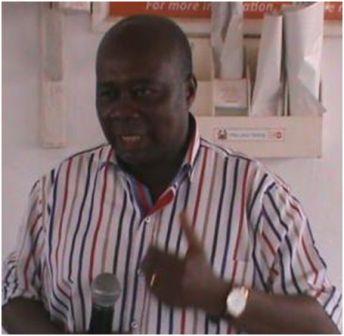