It was revealed on the 20 December by the editorial staff at MLSsoccer.com after looking back over the year with all the “Best of 2010” awards, running Dec. 13 through Jan. 2 2011 that Kei Kamara was nominated for a goal line gaffe.

Each day according to reports they we’ll be handing out an award from a variety of categories culled from the storylines of Major League Soccer and the North American soccer scene.

Today’s edition relives a goal-line gaffe that made Kei Kamara a household name throughout the soccer world.

When they say that Kei Kamara’s infamous “Miss of the Century” on April 24 made the rounds of the world, they weren’t kidding.

The Sporting Kansas City forward was recently watching a match back in his native Sierra Leone involving the local U-20 national team when he was randomly approached by one of the fans in attendance.

The spectator pulled out his mobile phone and made Kamara watch the re-play again. Nothing changed on that replay: He slides and whiffs at the ball as it bounces tantalizing along the goal line. It was Kamara’s hand that supplied the necessary nudge and the referee saw it.

“If you look up ‘Kei Kamara’ on the computer, it’s the most viewed thing about me ever,” Kamara said, questioning the headline attached by English daily The Sun. “But ‘Miss of the Century?’ I’m a forward and I’m going to miss a goal every now and then, but you don’t want to miss a goal like that.”

The play took place in the 17th minute of what turned out to be a 0-0 tie at home against the LA Galaxy. But while many have pointed to the slick conditions as a mitigating factor on the night, Kamara says that had nothing to do with it.

“I just lost focus and I take responsibility for that situation,” Kamara said. “I’ve played it over and over in my head. I thought that after it hit the post the ball was going to go in. I wanted my teammate to get the goal but then I saw the ball spinning back out. It happened so quickly. I saw it last-minute and decided to slide in there and it just hit my hand.”

The sequence was played and replayed around the globe. Kamara received calls from friends located in different parts of the world, including from China, where they saw him featured on the nightly news and in the local papers.

“How can you miss that?” Kamara said. “How did that happen? People keep asking these entire questions. It just didn’t go in.”

By comparison, very little attention was drawn to his 89th-minute equalizer on May 15 against the Chicago Fire. The play was a mirror image of the one that made the highlight reels.

It was redemption for Kamara. But the world would not forget. On Dec. 9, readers of English newspaper The Guardian ranked the miss as No. 7 in the list of most unbelievable misses of all time.

Kamara, though, has some perspective, “It’s one of those things that made Kei Kamara a little bit famous, too,” he said. 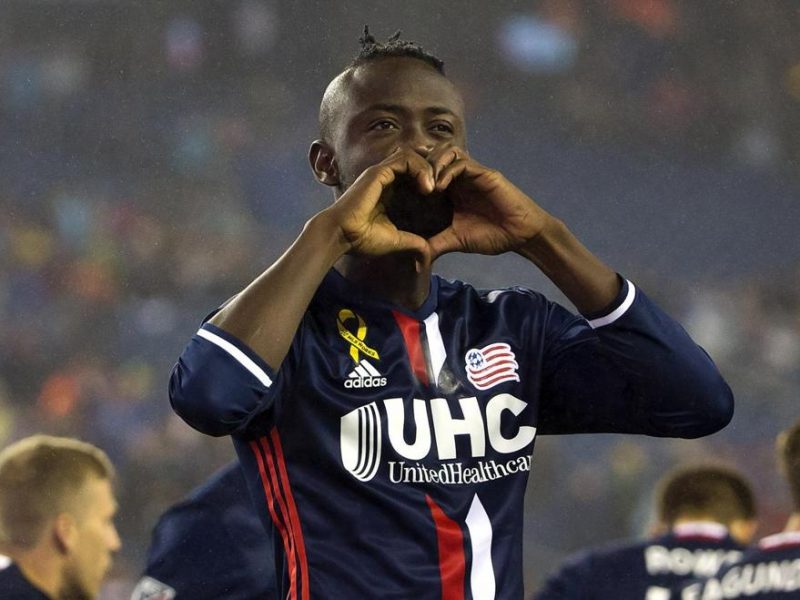