Theft of 46,650 books donated to the Sierra Leone Library Board by Children International; an organization based in the United States, reveals Education Minister’s conspiratorial involvement. (Photo: Minkailu Bah, Education Minister)

Sources say the books were shipped in four containers, but saw the disappearance of almost 70% of total make up of goods.

Facts, as discovered, exposed the former deputy chief librarian, Sallieu Turay, whose conduct in the distribution of the books, was found as uncalled for and having extreme criminal tendencies.

Sources say the Education Minister, Minkailu Bah, is at fore, overruling findings of members of the National Library Board; while at the same time defending Sallieu Turay, whose criminal overindulgences, in relation to theft of the donated books, speak raw.

According to evidence before us, the Permanent Secretary of Education, time and again, is said to have engaged in the undue exchange of correspondences with board members of the National Library board.

Such, we are told, was due to Minister Minkailu’s undemocratic and unwarranted orders to the former.

Contents, as read in correspondences, disclosed absolute, the undue superimposition of the Education Minister’s vindictive and undemocratic uncalled actions to patriotic board members of the National Library Board.

Findings of this press articulate how containers of donated books were sidetracked to Guinea where the sale transaction was done.

Sources say top officials of the Education Ministry enjoyed cuts of the cake after the sale of stolen books.

Although findings of Board Members of Library Board state that 70% of the total amount of books donated to Sierra Leone was unaccounted for, it has reached the desk of this press that the Education Minister, in conformity and harmony with his Permanent Secretary, has conspiratorially dissolved, if not sacked, all 15 members of the Library Board.

Their sackings, as examined, were due to the Board’s uncompromising stance in having Sallieu Turay and others face the full force of the law.

It must be summed up that the Board was directed by legal directives as enshrined in regulations guiding the conduct and operations of the National Library Board.

Reflections must be drawn to a statutory instrument on local government’s assumption of functions regulation 2004.

In the above document, the local government was by law and in 2007, mandated to take full responsibility on the establishment of Boards, supervisory monitoring and training of staff of the National Library Board.

By the aforementioned, it is but clear that neither the Ministry of Education nor Minister Minkailu Bah has legal floor to sack or direct the decision of members of National Library Board.

The question society now asked is, is the unwarranted and criminal disappearance of 46,650 books meant for school going children not a case for the Anti Corruption Commission? 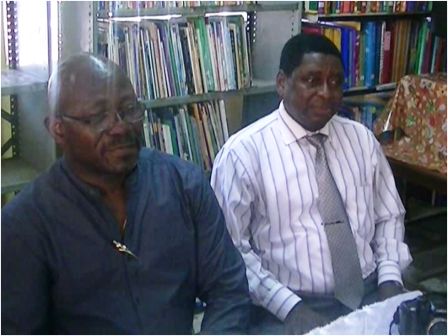 Krio Union donates to Library Board 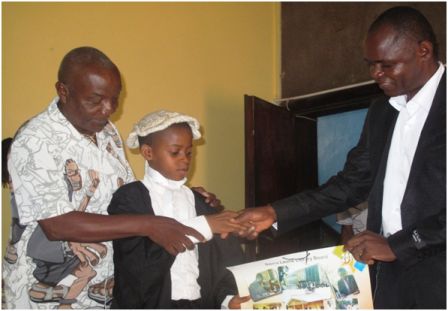