Many a time, people have been importing goods and other items into Sierra Leone for consumption and other essential services. But this time around knowledge and other standard learning materials are now on display at Queen Elizabeth II Quay for Sierra Leoneans to access. The Logos Hope Vessel which has sailed over 150 countries around the world is anchored at Sierra Leoneâ€™s Quay. This vessel carries knowledge in the form of learning materials that can complement modern academic challenges.

In a press briefing yesterday 15th June, 2010 the long awaited Ecowas passport is said to be out for issuance to the general public. According to the chief immigration officer (CIO), Mr. Alpha K. Koroma the cost of this new Ecowas passport still remains Le100, 000 (One hundred thousand Leones) per book. He said Sierra Leone will continue to use green or ordinary sky blue for services men and red for diplomatic passports. He added that anybody who wants to use the Ecowas book can start the process now, but he cautioned that they will have to invalidate the old book as nobody should have two traveling document at the same time he warned.

Police attached at Masiaka police station, on Wednesday June 16th 2010 have arrested one Hassan Kargbo of Masiaka town for beating his uncle Musa Conteh to death. Police sources disclose that they were quarrelling over the ownership of a cassava stick that is alleged to be owned by the deceased. Police further disclosed that the sticks were being stolen by Hassan Kargbo and when the deceased chased him in a village called Masserie and a fight erupted between the two as Hassan unleashed serious beating on the deceased that led to the dislocation of his spinal cord which led to his untimely death.

Police has also confirmed that Hassan Kargbo is presently being detained at the Masiaka police station while investigation into the matter is in progress. Police assured that they will leave no stone unturned in bringing the culprit to face justice. 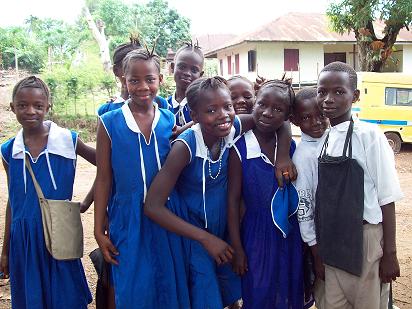