The role of ethnicism and regionalism has been at the cross road of our political governance since the founding of our Republic. Ethnocentrism has been one of the single most destructive forces besides the brutal civil war that shattered the peace and progress of our nation.Â  More than ever, Sierra Leone must build a new culture of an issue-oriented politics, if it wants to sustain the common welfare of every Sierra Leonean. It is true that all politics are local, but political decisions are national and affect everyone. And, any politics that do not seek to uplift its citizens are the politics of national failure.

Post colonial governance has change hands between only two large demographic political parties, each of which represents large and opposing factions of the population.Â  Sierra Leoneâ€™s two main parties have built their political successes entirely on regional dominance.Â  In fact, ethnicity always provides a ready source of political identity and mobilization for their electoral pursuit. It is time to change the ethno-centric approach that traps us into fighting against each other. All of us are distanced and marginalized from achieving our sense of national community, when we look at where we are different and not what makes us the same people. We must replaced the ethnic and regional divisions of the past four decades with a 21st century politics of ideasâ€”ideas that promote unity and national development.

Realistically, Sierra Leone continues to be a fragile nation still unable to deliver basic public goods and services to its citizens because of the political topography. It has not yet created an environment for the poor to sustain and build their livelihood, nor developed a private sector growth and foreign direct investment that will create job opportunities. Access to justice and the culture of corruption in the law enforcement sector and public institutions are still a troubling concern to many patriotic Sierra Leoneans.Â  Even with the elite politicians, there is a lack of political will to promoting widespread sustainable wealth creation and combating the increasing trend of poverty. Many politicians today are focus on using their politics positions to enriching themselves than developing the social and economic capacity of the nation.Â

However, there is a growing movement of political consciousness from ordinary citizens, who are beginning to look beyond the horizon of party affiliations. What is generally the mood of Sierra Leoneans today is the urgency to find viable political structures and competent nation- loving people who could move the country to new heights of human developments. Our democracy is developing with greater tolerance for new ideas and a stronger appetite for change in every institutions of government. Free Press and the ability of citizens to organize and participate in national dialogue is an impressive behavior of our political system Sierra Leoneans can now afford to hold their politicians accountable without retributions. They are more willing to assess their quality of performances than be drawn into the geo-political mindset. In essence, potential voters are now ready to vote for candidates of an issued-based orientation than a flamboyant one who plays the usual slogan of â€œus against themâ€ kind of political campaign. Evidently, they have learned that electing the right people who cares about their problems can change their lives better than the politicians who take their votes for granted.

Thus, we must hastily dismantle the old system of tribal alienation with the politics of ideas, and good governance.Â  Our allegiances and political decisions should not be about where we are from or into which group we were born, but about who we are as a people.Â  Instead of arguing over Eastern or Southern dominancy, let us focus on providing access to better education and quality health care for our citizens.Â  Let us explore new market-based ideas for breaking the cycle of poverty, restoring and improving utility services with job opportunities for the youth population.Â  Let us build a future where every Sierra Leonean live side by side in peace, each of us free to care for our families and pursue our dreams.Â

The ethno-centric politics of the past have only given us an endless cycle of negative energy in our political communities. These kinds of self-defeatism have set us in a collision course of seeing each other as enemies instead of one nation and one people. It has served us no good and continues to weaken the moral foundation of our collective national unity. It is easy to forget that we are only six million people in Sierra Leone.Â  The largest cities of the world have more than twice our population. And for Sierra Leone to become a center of economic development, where the democratic institutions of transparency and justice are protected, an issue-based politics must be the new beginning of our road to post independent nation building. It is not whether we must choose this towering path, it is fiercely urgent that we take a giant strides towards building a system that brings us together rather than divide us within our nation.

Certainly, we cannot just see each other as distinct groups, but rather as citizens of the same sovereign nation. We must be able to work together when our needs are so greater. For the future, we must begin to look beyond whether we are Limbas or Temnes, Susus or Korankos, Madingos, Lokos or Yalunkas.Â  We must broaden our identity beyond Mendes, Sherbros, Krim, Vai and Bullom, Kissi, Konos, creoles and Fullahs.Â  Each of us must cherish our heritage and preserve our traditions, but our shared nationality as Sierra Leoneans must always take a central place of love and loyalty in our hearts. This is the way forward for Sierra Leone.

Nonetheless, the new social and demographic landscape of Sierra Leone is a promising trend.Â  The population is younger, more urban and more vibrant than at any time in our history.Â  These demographic shifts not only have a social and economic significance, they have the strong potential of changing the ethno-centric politics in Sierra Leone.Â  The youths of today should be seen as a new political constituency that must be courted and attracted to achieve any electoral success.Â  They are rapidly dismantling the geopolitical barriers and bringing down the walls of political segregation that is keeping us apart.Â

Indeed, we must burry the politics of â€œregionsâ€ and â€œtribesâ€ into the cemetery of yesterday.Â  We need a new political philosophy that focuses on fulfilling social responsibilities and responding to the needs of our citizens–not grabbing â€œsoft votesâ€ because of dialectical interconnection. Good governance is about generating broad-based economic development, creating employment, protecting the constitutional rights of citizens and delivering the essential public services, not playing to the tunes of regional dominancy.

Furthermore, urbanization brings another dimension to changing the political equation in Sierra Leone. Freetown and the mining areas are considered the two major swing constituencies of independent voters because of their greater engagement with issue-based politics and concern over the nationâ€™s inability to deliver basic goods and services.Â  Thus, these new political realities are presenting new opportunities of discouraging the culture of ethno-centrism which has been a serious over-burden to our society.

Advantageously, the internet has given our young people the capability to communicate across international borders.Â  These new technologies give them access to the worldâ€™s knowledge.Â  They have learned new attitudes about democratic political participation.Â  What happens in the street of Tehran, the democratic protests in Greece and Thailand, exposes the youths to their constitutional duties and rights to make government work for them.Â  Now, these new technologies provide a platform where information is shared instantly and participation in the democratic process is readily available.Â

Sierra Leone, for example, has been so dependent on the Western donor money that they are less willing to practice undemocratic principles of the suppression of human rights or press freedom.Â  Good governance, as a matter of principle, is the new condition and qualification to receiving donor funded loans today. Invariably, the youths and the pro-democracy advocates are leveraging this freedom of information to change the direction of Sierra Leone without fear of retribution and intimidation.

Pragmatically, Sierra Leoneâ€™s politics can be best described as a â€œconnectocracyâ€ based on the system of recycling the same elites by different party or leadership.Â  These narrow groups of politicians have dominated the stage with recycled ideas and outdated approaches to governance.Â  In fact, the behaviors of some of them have been instrumental to the countryâ€™s economic underperformance, abject poverty and political stagnation.Â  Sierra Leoneâ€™s same-face politicians have clogged the process with the culture of hate over hope, short sighed approach over social responsibility, power and patronage over good governance and democracy.Â  The network of the â€˜old guardâ€™ has been built on the primary concept of personal advancement and intolerance to national growth.Â  We need new faces and new ideas to govern the national affairs of our country. The post independent crowd should take a retirement seat and collect their pensions from the National Social Security and Insurance Trust (NASSIT). A new generation of visionary Sierra Leoneans should take bold and courageous efforts to move the nation into a more hopeful and brighter future.

Finally, the focus of change should be on overhauling major public delivery services like health, education, energy security and agro-farming without completely depending on donor grants or loans.Â  A new look at governance should be adopted to review the purpose and the relevancy of governmental institutions. But the ethno centric politics must not be allowed to apparently stand in the way of national progress.

Sierra Leone has survived so many adversities including the tumultuous civil war that raged for a decade. As strong as the mountains that define our territories and our landscape, we have been a strong and resilient people in the face of every trials and challenges since we became an independent nation. But have we transformed our adversities as an opportunity to grow and be one of the best nations we ought to be? Have we been able to find the common grounds to bring our resources and human ingenuity together to solve our national problems? The promises of Sierra Leone is as rich as it natural resources and the evolution of a new politics of hope is what is badly needed. Indeed, Sierra Leoneâ€™s best days are yet to come. 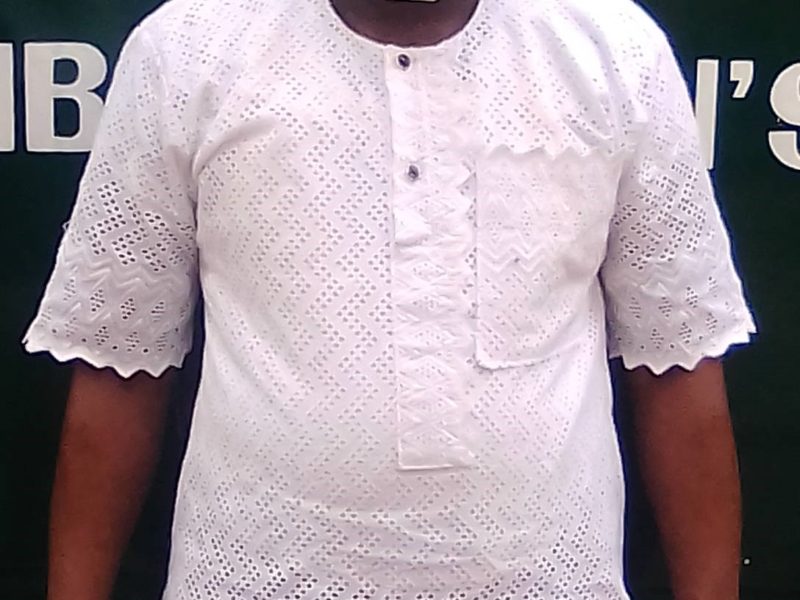