No medical care for security forces in Sierra Leone 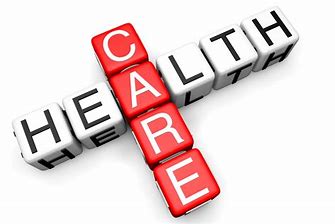 No medical care for security forces in Sierra Leone

Speaking to Sierra Express, a member of the Sierra Leone Armed Forces and a retired Police Officer complained that members of the security forces, particularly the junior ranks are being grossly neglected by the Government when it comes to medical care.

“A good number of us die in hospitals for lack of medical attention regardless of our rigorous and dedicated service to the nation”, said Sgt Komba.

Looking frustrated and bitter, the military office gave the instance of the recent death of Sgt David R Sankoh at the 34 Military Hospital after battling a protracted illness unassisted by the army.

A family source confirmed that David fell ill several times, admitted and discharged at the expense of his family.

“Apart from the bed, not a single drug was provided for him”, adding that at some point, his colleagues made a generous contribution of two million Leones to support the family”, said Sunkari.

David was on duty in Sambaya Bendugu, a hilly terrain in the interior of Tonkolili district, when he fell ill last year. He was rushed to Freetown for medical treatment and diagnosed for typhoid malaria. After getting better, he returned to duty and fell ill again after a while.

This time around, he was diagnosed for Hepatitis-B. He was again admitted and treated before departing for his duty station.

It had been a vicious cycle of falling ill, recovering and returning to work until the 4th time when it became more serious. “At this time he was referred to ECOMED where he did several tests and diagnosed for liver failure,” said Sunkari, adding that he needed to be flown out for liver transplant.

The family pleaded with the authorities for a helping hand to no avail. David went into coma for several days with swollen feet and stomach before passing away in June, 2021.

David was enlisted into the army in 1992 and served dedicatedly for over 30 years before his demise. The institution he served as a soldier who sacrificed his life in defence of the land failed to rescue him on his death bed.

In a related development, a retired police officer also said he was disappointed at the condition he met his colleague who was admitted at the Police Hospital at Kingtom, when he paid a visit.

“He was just lying there as if waiting for his death. Not a single drug was administered to him”, he said, adding that his sick colleague was shocked at “a meager thirty thousand Leones I gave him”.

He called on Government to address the miserable medical situation of serving personnel in the police force.