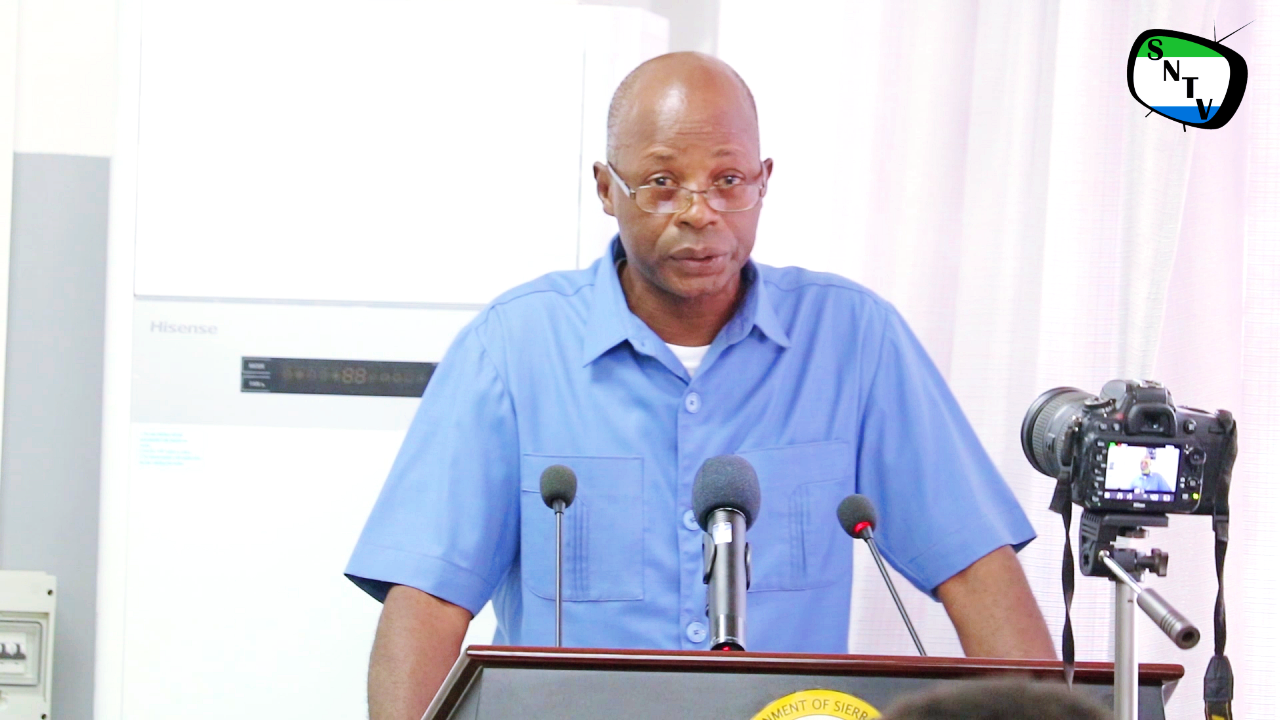 Just as the raining season sets in, many residents of Freetown will today be rendered homeless and or deprived of their livelihood, as a combined team of the Ministry of Works and Public Assets, the Police, Road Authority and Freetown City Council embarks on a massive demolition exercise in already marked areas of the city.  (Photo: Peter Bayuku Conteh- on the onslaught)

“We want to clear the Right of Way for the good of the country” said Peter Bayuku Conteh, Minister of Works and Public Assets, adding that the exercise would be sustainable and in line with Government’s plan to develop and beautify the country.

He further noted that the exercise would also be in the interest of defaulters who are exposed to road accidents due to their proximity to vehicular traffic. “Removing people from the Right of Way will save them from the dangers of road accidents”, Peter Bayuku said.

He disclosed that the areas that would be hit in this first wave of resumed demolition would include the Hill Cut Road, Lumley-Tokeh Road and Wellington-Masiaka Road; and that he had sent out notifications to defaulters to vacate the Right of Way on their own volition to avoid drastic measures.

The Minister dismissed remarks that occupants of the Right of Way would have paid money to some unscrupulous government officials either at his ministry or local council which gave the former legitimacy of occupancy.

It is speculated that the exercise would create scenes of sorrow, sadness and strong feeling of hate for the Bio administration. The affected people use the Right of Way to build structures for shelter or to do business.

“To render people homeless and deprived of their livelihood in the rainy season for whatever reason is inconsiderate”, said Sulaiman, a 63-year old commercial driver, adding that the Government should have waited the dry season for such a sensitive exercise.

Mrs Kallon, a peddler, calls on the Government to address the burning issue of housing, land acquisition and lack of market structures as a way of solving the problem of encroaching on the right of way.

“To acquire land is expensive and there are no marketplaces in the communities”, she complained.

It is not the first time that residents of Freetown are suffering from demolition by successive governments. Dr Alfred Bobson Sesay, a former Minister of Lands in the previous SLPP government of the late President Ahmad Tejan Kabbah, until his death, was nick named “brok ose” (house breaker), due to his uncompromising stance in clearing the city of illegal structures.