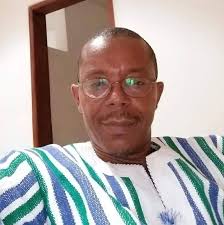 The Minister of Lands, Dr. Turad Senessie, has come under the spotlight for refusing to sign land documents until he rolls out his agenda for a controlled land use policy.

It is anticipated that Dr. Senessie will have to deal with legal issues emanating from his actions, and will be faced with law suits by sympathizers of land grabbers. Fixing up documents for land grabbers is a lucrative area for lawyers who want to make quick money; and this is the reason driving land grabbers to continue their illegal acquisition of state and unoccupied lands especially in the Western Area where land grabbers are protected by lawyers who have vested interest in owning land themselves, or have found themselves in a quandary resulting from the minister’s moratorium on signing land survey plans since he took office.

By Memo dated 11th June, 2021 the Bar Association announced to its general membership that a meeting  with the minister had been arranged for yesterday 15th June, 2021 at his Youyi building office, and that members who wanted to join the executive were welcome.

In addition, the memo also requested interested members who would like to make contributions to send in their concerns and questions to Mr Karim Koroma, General Secretary of the Bar Association by close of Monday 14th June 2021.

While confidential sources say that one of the reasons for the meeting was the long-running halt in the operations of the Ministry since the appointment of Dr. Senessie as minister, an insider in the ministry intimated that the new minister had put in place new mechanisms and structures geared towards transparent and speedy land administration.

“In fact, direct payment in the process is no longer allowed; all payments will now be made to the Bank”, the source disclosed.

It would be recalled that every new minister in that troubled ministry had to face real and imagined legal issues when austere measures such as demolition of illegal structures and reclamation of state land all around the Western Area Peninsular are taken. This is the acid test that Dr. Senessie has to pass to even think about bringing sanity to land allotment and country planning in Freetown.

For several years observers have noticed that lawyers are seriously undermining the efforts of minister after minister since Dr Bobson Sesay (Late.) The latest was Dr Denis Sandy who took some bold steps to discourage indiscriminate land grabbing; he brought down trouble upon his head when he stepped on some big men and women’s toes.

It would be interesting to know the outcome of that meeting, and Dr. Senessie would be heading for similar disaster if he does not get genuine legal advice on how to own land in the Western Area and the status of the infamous Statutory Declaration Act 1865, which is the main mode of conferring good title when there is no legal instrument to prove ownership of land. There is a decided case of an Appeal Court decision that out rightly rejects the use of Statutory Declaration as evidence of good title, calling it a ‘worthless piece of paper.’