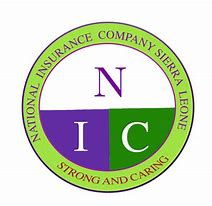 National Insurance Company– the mami pan insurance na salone : is in trouble with an Ex-correctional officer of the Sierra Leone Correctional Service owing to delay in the payment of his benefit.

After several months of his retirement, Mr. Hassan Sesay has complained that he is being ill-treated by the government owned insurance company.

In a letter written to the Managing Director of the company, Mr. Sesay stated that he has retired since 7th September, 2020.

“On the 21st September, 2020, the Director General of the Sierra Leone Correctional Service wrote a letter to the pension Manager of the National Insurance Company to the effect and urged the personnel to pay any benefit due me from your company” he wrote.

He continued: “unfortunately, since October 18th 2020 when your company received the letter, all the efforts I have made to get my benefit from your company have proved futile. To say the least I am very much disappointed at the treatment meted out to me by your company regarding the failure to pay my benefit”.

Mr Sesay reminded the Managing Director in his letter, that “when other officers lost confidence in your company and departed, I was one of these that remained with the NIC”.

He said that he never thought that the fear in the minds of the officers that left the NIC’s life insurance scheme could be justified by what is happening to him. Those who opted out of the NIC’s scheme and joined companies like the IIC, Capital Assurance Company and Ritcorp had been paid after they retired.

“But it is now eight (8) months since I retired and there seems to be no light at the end of the tunnel for payment of my benefit” Mr Sesay lamented.

Mr. Sesay hopes that the managing Director could use his good offices to cause the payment of his benefit.

Sexual and Gender Based Violence i...